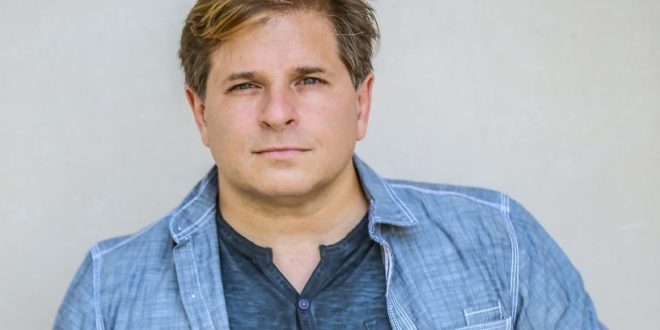 Fresh off performing for 20,000 people over Christmas, the Pittsburgh-based guitarist, songwriter and worship leader is releasing his first album in February.

“This album is going to set the guitar world on its ear…with Brady’s eclectic style, he’s solely in a category by himself.”— Michael Stover, President, MTS Management Group

Pittsburgh native Brady Novotny is no stranger to the stage, or the world of music performance. In fact, as a nationally-touring musician, the guitar virtuoso has been heard by thousands of people. This past Christmas season, Novotny performed to more than 20,000 attendees as a member of the Victory mega-church worship team.

Now, Brady Novotny has harnessed his live performance energy, along with an eclectic blend of influences, to release his debut album, “Passions Collide.” The mostly-instrumental album highlights Brady’s love for all things guitar. From “guitar hero” 80s shred to flamenco, classical, rock and jazz, all with a positive and inspirational message…the styles are all well-represented. The album includes two vocal tracks, including the first radio single, “Redemption’s Cry,” featuring a vocal by Brady’s wife, Jennifer Novotny. Produced and engineered by Dave Granati (Granati Brothers, G-Force) “Passions Collide” is scheduled for February 14, 2019 release on MTS Records.

“This album is going to set the guitar world on its ear,” said Michael Stover of MTS Management Group. “Brady is like no other guitarist on the scene today. The closest I can think of would be Lincoln Brewster. But, with Brady’s eclectic style, he’s solely in a category by himself. If you like rock, he’s amazing. Flamenco and classical? Incredible. Inspirational, Christian and AC? So different and accessible, that you can’t deny it.”

Watch the lyric video for “Redemption’s Cry” at https://www.youtube.com/watch?v=6dNeJHGtbWc&feature=youtu.be.

ABOUT BRADY NOVOTNY: Citing Randy Rhoads as his muse, Brady began playing guitar at age 10. An attendee of Berklee College of Music, he has taught summer guitar workshops at renowned Duquesne School of Music. His experience ranges from the Pittsburgh rock scene to national tours. He has worked as a Pittsburgh session guitarist, Worship leader, and guitarist at several mega-churches. Brady is also a licensed therapist, with a Master’s Degree in Psychology.

Previous Gallery: Death Angel at Slim’s in San Francisco, CA on 12.22.2018
Next VARNA Release Lyric Video for “The Craving”