When college math professor Chad Rico ventured off into the rap game, he knew he was taking a calculated risk. As an entrepreneur, financial analyst, clothing manufacturer/designer, filmmaker and world traveler, many wondered if the teacher turned artist could really pull it off. When Chad dropped his own brand of mathematical science with a seven track EP entitled “Myth” and a debut single, “New Level,” naysayers had to concede that the educator made a move to the head of the class! Now with the release of his video for “New Level,” Chad is proving that his ‘myth’ status does indeed add up!

“New Level” is a total elevation experience. More a mini-movie than a music video, the three minutes plus immersion finds Chad as the captain of a spaceship and guardian of the galaxy. He and his crew travel to Planet Crunk and engage in an intergalactic shootout with Diablo Grande, played by veteran actor, Glenn Plummer, and his men, all in an attempt to rescue alien damsel in distress, Sasha Verde, the beautiful green space woman! The set, costumes, body art, makeup and weaponry all convey an artistic creativity that is essentially next level from what is normally delivered by new independent artists.

“I’m extremely grateful for all the positive feedback I’ve received since the release of ‘Myth.’ With the ‘New Level’ video, I wanted to deliver something special to my fans and supporters. As an independent artist, I believe it is important to stay cutting edge and creative. For me, “New Level” is a vision and a commitment and ‘myth’ status is my goal,” expresses Chad.

Produced by Chad’s own company, Gold & Gems Production in conjunction with In Your Face Films, the video was directed by Damon Jamal with input from legendary film producer Haqq Shabazz. Justin Amey wrote the treatment, Pashur provided the body art and Susan Gray served as stylist. “New Level” was filmed in the San Fernando valley, right outside of Los Angeles and one of the locations was from the original “Star Trek” set.

A Belizean American, Chad’s legend began at birth when he was born in South Central Los Angeles, in the same hospital and at the same time as Grammy Award winning artist Kendrick Lamar. Currently repping for the Bay area, Chad’s family relocated to Northern California where he now resides. The esteemed UC Berkeley alumni attended the university on academic scholarship at the age of 16! With a B.A. in African American Studies and Applied Math, and a masters in math from San Francisco State University, Chad also spent eight months in London in a graduate business program. The intentional student turned teacher has taught math at Contra Costa College, City College San Francisco, Berkeley City College and College of Alameda. The 31-year old has traveled to over 35 countries. In addition to his music company Gold & Gems, he has owned and operated his Gold & Gems clothing business for the past five years.

The young college professor is also working with producer Haqq Shabazz to executive produce and release a film next year. “Party Bus” will be based on his adventures and misadventures while traveling. Chad’s next video release will be “Northface in September” from Gold & Gem’s artist, Kam Krzy.

Take notes from Chad Rico at www.Chadrico.com and on Instagram at @internationchadrico . Rise to a “New Level” at https://youtu.be/Qox4ZplREV4 .

Previous One Love Cali Reggae Fest 2019: February 08-10 In Long Beach, CA
Next “My Heart is a House” by Freunde 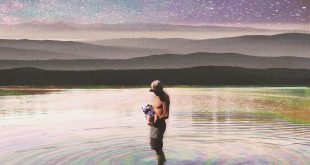 St Louis punk scene veteran Wes Hoffman has just released his latest single “For What It’s Worth”. The …