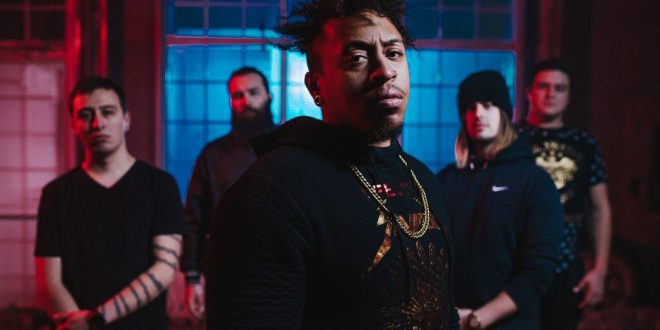 Cincinnati-based The World I Knew bring a distinct and unapologetic vibe to the metalcore scene. Fusing together elements of electro, hip-hop and chest-pounding breakdowns, the quintet has released their latest single and music video “Piecefull.”

“‘Piecefull’ is about pretenders,” says vocalist Wesley Merritt. “Those that will pretend to be there for you and have your back as long as things are going well for them, and what happens to them once they’ve been exposed. We take loyalty very seriously, loyalty is everything.“

“Piecefull” starts with Merritt acting as his own hype man before launching into a full-on lyrical beatdown. The video was directed by Josh Emerick and Ross Thiesen, shot in a Columbus, OH at The Continent.

The World I Knew have been striving to create music without boundaries or limitations since their formation in 2014 and the release of their debut single “Fuck a 9-5.” The group’s uncanny ability to seamlessly engage with audiences across the punk/metal/rap/rock scene makes them an attractive group to follow in 2019.

Listen to “Piecefull” now on Spotify.

Tags Piecefull The World I KNew