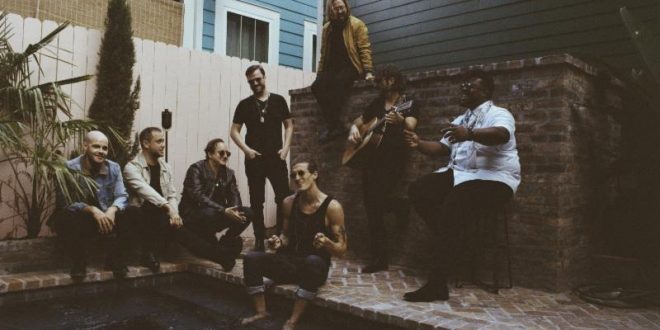 After closing out 2018 with their annual New Year’s Eve blowout in New Orleans, chart-topping rock band The Revivalists have announced that they will perform on TODAY January 15. Tune into NBC in the 10am hour to see the national TV debut of the band’s latest single, “Change.”

The Revivalists will kick off their Take Good Care headlining tour in support of their new studio album of the same name (out now via Loma Vista Recordings – PRESS HERE) on January 11 at The Anthem in Washington, DC, bringing their rock n’ roll spirit, soulful essence and striking live presence to major cities including two back-to-back nights at NYC’s historic Beacon Theatre on January 16 and 17. Later that week they will head to Los Angeles to perform at iHeartRadio’s second annual ALTer Ego concert on January 19 alongside twenty one pilots, The Killers, Muse, Weezer, Rise Against, and Bishop Briggs before traveling across the pond for their first-ever UK and European shows. The Take Good Care tour picks up back in the U.S. March 8 in Madison, WI. A digital download of the album is included with every ticket purchase for the U.S. tour.

The Revivalists will be treating audiences to fan favorites like their #1 platinum hit “Wish I Knew You” and brand new songs that have been propelling the band to new heights, including the #1 Triple A and Top 5 Alternative hit “All My Friends” (which is heating up at Hot AC, was featured on ESPN Monday Night Football, Fox Sports Thursday Night Football and Showtime, and landed the band on The Late Show with Stephen Colbert – PRESS HERE to watch), as well as “You And I,” “Got Love,” and anti-gun violence anthem “Shoot You Down.” The band recently released a now sold-out limited edition 7″ “Shoot You Down” vinyl single powered by RPM, benefiting Everytown for Gun Safety Support Fund after speaking out about the overwhelming gun violence problem in our society.