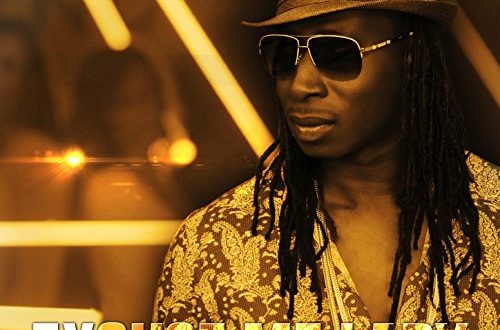 King Ajibade was crowned with a name that translates to “one that wakes into royalty” and it is this fusion producers sole intention to uphold his royal Yoruba heritage by bridging Caribbean, African, Latin and Pop with his majestic gift for music.

A Nigerian native, Ajibade hails from the bustling capital city of Lagos and moved to the US as a young boy. The only one of six children with any musical aptitude, Aji sang with the gospel choir in his junior high school as well as in the church then began rapping after high school. The ability to sponge up an assortment of musical styles led to the creative richness of the eclectic, soulfully energetic sound he is now known for..

As a young adult he was sought after for his authentic take on the international music scene and began networking with blue chip industry insiders in Houston Texas where he moved after high school. His most cherished experience is with Ann Tillman, the now deceased co-founder of Destiny’s Child who served as a great mentor, inspiration and a wonderful friend during Aji’s musical coming of age. He also worked closely with Oji Pierce, producer for Montel Jordan, as well as many underground artists including Bushwick Bill of the Geto Boys.

As a solo artist, King Ajibade began his journey in 2011 with the single “Waiting for You” and launched his imprint 26th Element Records to handle the release. The single was followed by the Bad Boy In Disguise EP in 2014 which set the foundation for his newest EP. Passport (due out XXX) is a deliberate move into international world pop, providing a taste of the sound King Ajibade hopes to cultivate for his broad audience. “This music is meant to travel the world” asserts Ajibade when reflecting on the EP’s title. “Life can be so stressful…I want to help people to enjoy it.

Stephen Vicino is the founder of MusicExistence.com. He created this site to give talented musicians a voice and a way to be discovered.
@@svicino
Previous Chicago’s New King of Soul
Next Bedroom Producers: Don’t Launch Your Tracks Without Following These Mixing Tips