“Whiskey and Cigarettes” country radio show, in association with the European Academy of Country Music (EACM) has announced their Top 30 of 2018 year-end chart.

MILAN, ITALY, January 2, 2019  — Award-Winning syndicated country radio show, “Whiskey and Cigarettes,” in association with the European Academy of Country Music, has announced their Top 30 Songs of 2018 year-end chart. Tracks from Carrie Underwood, Florida Georgia Line and Thomas Rhett, in addition to those from the best independent artists of the year, make up the Best of 2018 list. See who made the cut at https://www.euroacm.com/the-chart.

The EACM was born with the objective of creating a musical bridge between Europe and North America, the passion for country music, the desire to create futher interaction between members of the industry and allow both major and indie artists to be on a level playing field. Its founder, DJ Nik Pizzigoni is the host of the award-winning country radio show, “Whiskey & Cigarettes.” The show has allowed Nik to hold court with the likes of Hank Williams Jr, Luke Bryan, Chris Stapleton and many other big names in country music’s pantheon.

Throughout his almost 20 year career in the music business, Nik has been honored with numerous accolades including “International DJ Of The Year” by Nashville Universe, “Best Internet Radio Show” by the IMEA and “Favourite Internet Radio Station” by New Music Weekly Magazine. 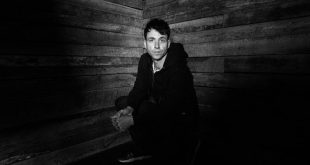