Home / News / Yesterday was nothing but a cloud 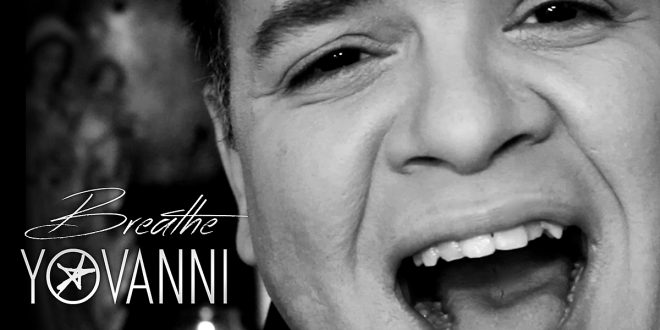 Yesterday was nothing but a cloud

The phrase that would sum up YOVANNI’s musical journey would be the one he used during his 2012 Qool Music Awards acceptance speech when winning in the Best R&B Dance Artist nomination – “Never ever ever give up on your vision”.

He had quite a few releases that charted on several DJ music and dance music charts (“Hello”, “I Want You, Milkyway”) and his current new single “Breathe”.

However, it hasn’t always been that easy and that’s why it was is so important to keep believing in the musical dream that YOVANNI has nurtured into his career.

When he was just 6 years old, he moved to the sunny Florida from Cuba and began his path as a young musician when a teacher at the prestigious New World School of the Arts, overheard him singing and agreed to give free singing lessons during his lunch breaks and eventually YOVANNI was accepted into the musical theatre program.

This is when he realized he wants to tie his life to music and started not only practicing vocals, but also writing his own songs and recording demos with local musicians in his neighborhood.

YOVANNI wanted the world to hear his work, so the best place to start was obviously the Big Apple.

After finishing his studies, the singer decided to move to New York and worked in various restaurants to make ends meet.

Even after the singer was on the verge of being homeless, he didn’t turn away from his dream and started performing covers and his original songs in the NY subway.

“Lean on me” by Bill Withers was one of a few songs he covered during that period of time. This very song later won him a spot at the Showtime at the Apollo – one of the toughest singing competition in Harlem.

YOVANNI then worked for many local artists and bands (including Nia Mone’t) recording back vocals for other musicians before he fully concentrated on his solo career and released songs that got attention of critics and public in the US and Europe.

His genre of music is defined by many as mix R&B and Funk with elements of electronica.

Amongst YOVANNI’s influencers, the singer cites Madonna, George Michael and Adam Lambert as his favorite artists.

Stephen Vicino is the founder of MusicExistence.com. He created this site to give talented musicians a voice and a way to be discovered.
@@svicino
Previous Ducx – Right Now (Club Restricted Deep)
Next Top 10 Alternative Rock Picks of 2018