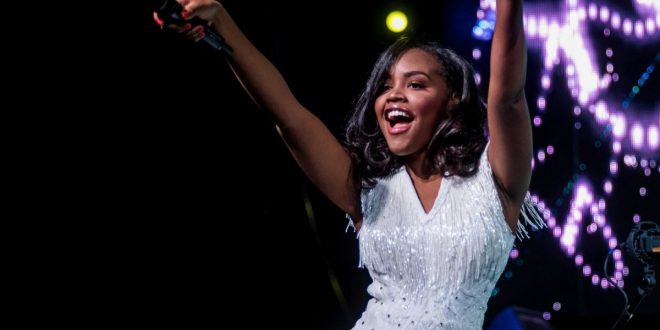 Glorious is a Washington, D.C.-bred singer, drummer, and producer currently based in New York City. Named after her grandmother, Glorious Cooper, she initially developed her musical sensibilities on drums as a toddler, at just three years old. By adolescence, she’d put that talent to the test, earning a degree from the prestigious Berklee College of Music in Electronic Production and Design. She has since adopted a singing approach involving a silky, yet gritty tonality, as well as applied her drumming to a live electronica setting.

This culmination of talents resulted in the release of her debut single, “Move.” Out since November, the song has steadily traction for its hybrid of classic and contemporary R&B and pop. It’s nothing short of a competent display, Glorious’s vocals sitting well amidst a deep, funky bass groove and fluid, popping percussion. A definite highlight of the song is its chorus, which features prominent involvement from the bass and horn sections. All the while, Glorious’s voice exhibits a sense of command that ultimately balances these elements. I look forward to how her style would fare on a mainstream scale, as she offers an organic sincerity that has long since been missing in modern music.

I come from a family who is passionate about all things music. I learned to sing at an early age, and by 13, had my very own Fender Strat guitar. I tried my hardest at learning all that I could. Because I was born with cerebral palsy, I had to teach myself an adaptive playing style. I learned to write and record my own music, despite these difficulties. In college, I started making great use of my writing abilities by reviewing music, as well as copy editing. I guess it's best to stick with what you know, while welcoming a fair challenge at the same time.
Previous Gallery and Review: Goatwhore at Gramercy Theatre New York City 11/28/18
Next Gallery and Review: Great American Ghost at Gramercy Theatre, New York City 11/28/18 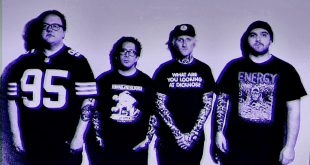