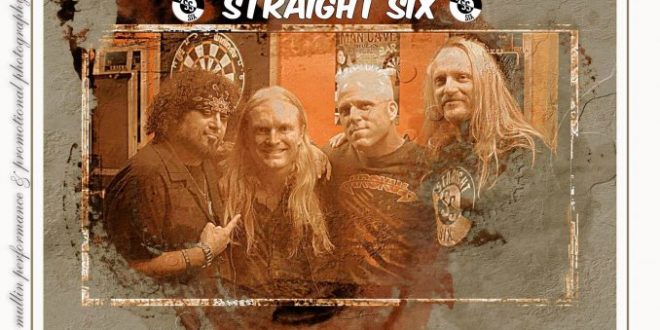 Straight Six Is Straight-Out Rock And Roll On “Full Circle” 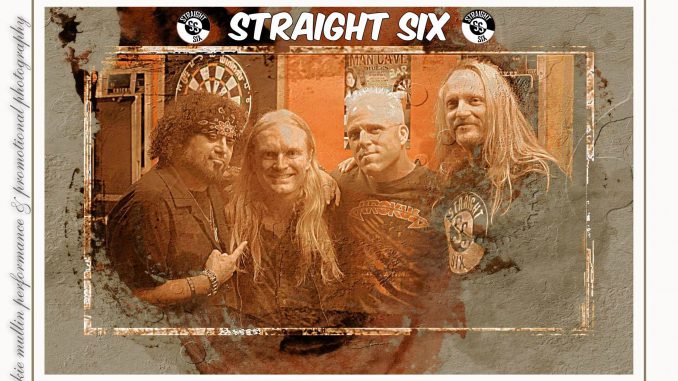 As time goes by, it seems that less and less people are focusing on making real, straight-out Rock and Roll. However, there are those out there that are focused on keeping the style alive. No matter how far and wide you need to look, you can find real Rock and Roll if you look hard enough. One particular band out there right now making now short of real Rock and Roll is the band Straight Six.

Straight Six is a quartet that came together after bassist Glen Drieth had attempted to form a band. When that version of the band did not work out, a new and different line-up was put together and the result is the quartet of musicians who call themselves Straight Six. Along with Glen Drieth on bass, the rest of the group consists of Jay Quintana on vocals, Eric Schaudies on guitar and Joey Shapiro on drums. This band is a supergroup of sorts as Glen Drieth, Jay Quintana and Joey Shapiro also appear in other bands when not providing their time and talents to Straight Six; Quintana can be found in Death Bed Confession while Shapiro can be found in XYZ and Glen Drieth also appears with the Chris Cagle Band. Together with Eric Schaudies on guitar, the resulting quartet creates some of the hardest hitting Rock and Roll out there today.

Together, bassist Glen Drieth, Jay Quintana on vocals, Eric Schaudies on guitar and Joey Shapiro on drums create the band Straight Six, whose Rock and Roll lives up to many of the hard rocking bands who had existed in the seventies and eighties when straight-out Rock and Roll was at its strongest and hardest. And right now, Straight Six celebrating the release of a brand new ten-song album entitled Full Circle.

Full Circle from Straight Six begins with the track “Aimed at Me”. The track starts off strong as continues that way as the music contains a driving feel to the Rock And Roll music. The music itself is somewhere between straight-out Rock and Roll and Hard Rock. And with the vocals from Jay Quintana containing a slight feel reminiscent of Bon Scott and/or Brian Johnson of Hard Rock. The feel of the music and the feel of the vocals ensure that what the listener experiences is and can only be considered Rock and Roll.

For the song “Back Home,” the listener gets a chance to hear Straight Six at its best. This track features strong guitars as well as strong vocals from Jay Quintana. What the listener also experiences with this track is a band that has created a song that easily falls into the Hard Rock genre but does not sound like a band in particular. The unmistakable Hard Rock feel of the track proves that Straight Six is most serious about the music they create. Just like the bands that came before them, they have a sound that is fresh. In fact, “Back Home” could easily be the stand out track of the release.

With the song “Cry All Night,” is one song that takes the listener back in time. If you are of a certain age, you can put “Cry all Night” on and find yourself thinking back to the days of Power Rock. In fact, this track would have felt right at home within that radio format. The sound of the guitars on the track, in particular, is one indicator that this track would be right at home back in the eighties.

While the Full Circle release from Straight Six seems to be a release without much controversy, there is one track on the release that seems to have a statement of sorts. With a feel to the lyrical delivery that would be reminiscent of Punk Rock if the anger was there, the track “Divided We Stand” is a track that sounds very political yet may not actually be. The play with the lyrics has the listener paying closer attention to the track simply to hear the playful delivery of the lyrics. Lyrics like “Divided We Stand, United We Fall” will make you think; especially with how much we have been exposed to the other way of making those statements.

With the track “What Would I Give,” Straight Six provides the listener with a truly straight-out Rock and Roll musical approach. The track comes complete with a sound that would remind the listener of something from The Black Crowes. The track’s intensity lies somewhere between the band’s rockin’ delivery from something like the track “Remedy” and the more relaxed delivery of “She Talks to Angels”.