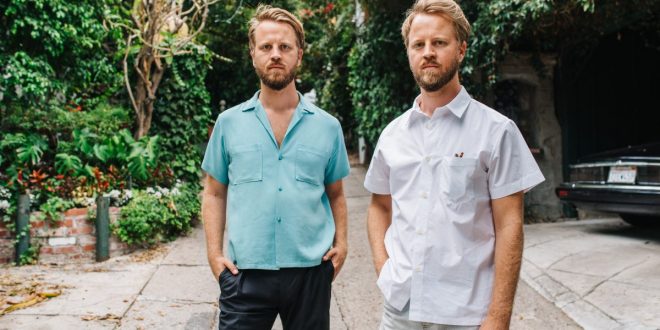 Cayucas, the Santa Monica based indie-pop creation of twin brothers Zach and Ben Yudin, have released a nostalgic 90’s inspired video, “Winter of ’98. The track was recently premiered via Substream Magazine, who described the track saying, “Although it’s set in the dead of winter 20 years ago, there’s a pervasive heart and warmth to ‘Winter of ’98.’”

According to Zach Yudin, “’Winter of ’98’ was inspired by the feelings of the late nineties, moments, images, places, and faces. It was cold. And things were new. A last chance to say something to someone you may never see again.”

Along with the release of this track comes the announcement of Cayucas’ forthcoming album, Real Life, scheduled for release in February 2019 on Park The Van Records. The new material retains the band’s signature indie sensibilities while expanding their depth into more succinct and crisp pop territory and represents the first release since their 2015 sophomore album Dancing At The Blue. Paired with their debut record Bigfoot, the band has gained exposure on NPR, Pitchfork, Consequence of Sound, Stereogum, and created two albums that broke the Billboard Independent Chart.