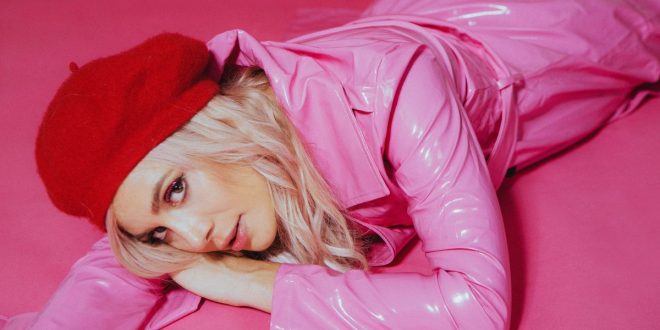 Electro-pop darling CAPPA returns today with her infectious new single, “Sux.” Jam-packed with self-confident lyricism, CAPPA has created the perfect empowering breakup anthem with “Sux.” Punchy, buoyant and instantly intoxicating, CAPPA delivers a single that is sure to be beloved by fans new and old.

CAPPA broke onto the scene with her self-titled EP in April 2015. Her debut single “Hush” premiered on SPIN who described it as “equal parts Grimes, Max Martin and PC Music.” CAPPA released her second EP, Queen of Hearts, which landed her on Entertainment Weekly’s “Artists Breaking Big,” and was followed by her first US tour. Following a year hiatus, CAPPA returned at the end of 2017 with the pop anthem, “Waste My Time,” and has continued to pump out vibrant singles throughout 2018. CAPPA has repeatedly been championed by tastemakers such as V Magazine, Glamour, SPIN, Billboard, Noisey, NYLON, & EARMILK and her songs have been synced in ads for Victoria’s Secret, Bumble, Under Armor, Journeys and can be heard on in-store playlists for Urban Outfitters, H&M and Forever 21.