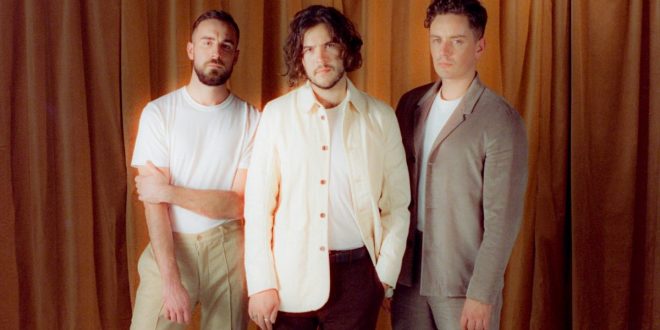 In talking about the song, lead singer Joe Keogh explains, the single is about “snapshots into a defining moment.” Recorded in London with longtime collaborator Ben Allen, the band wanted to record and release a song that felt “at the periphery of what we do.”

Fans will get to see the new song from Amber Run for the first time in a matter of days, when the band begin their first North American tour, which features a pair of sold out shows in New York City (December 8 – Music Hall of Williamsburg) and Toronto (December 11 –Velvet Underground). Of their upcoming dates, the band states, “It’s a privilege to say that we can sell out shows in cities we’ve never been in and we will make sure they are shows that won’t be forgotten!”

The anticipation for these dates is at an all-time high, with Amber Run appearing in North America for the first time ever. The British indie-rock outfit, however, is no stranger to touring having sold over 24,000 headlining tickets across the UK in 2017, appeared at festivals like Reading and Leeds, as well as tours with James Bay and Kodaline. Their success has also translated online with over 130 million streams and 1.5 million monthly listeners on Spotify. The trio consist of Joe Keogh (Vocal/Guitar), Tomas Sperring (Bass), and Henry Wyeth (Keyboard) having formed in 2012 at university. The band is known for their cinematic rock with moody and introspective tones and lyrics. Their song “Fickle Game” was also featured in the closing scene of Meghan Markle’s final episode of Suits.