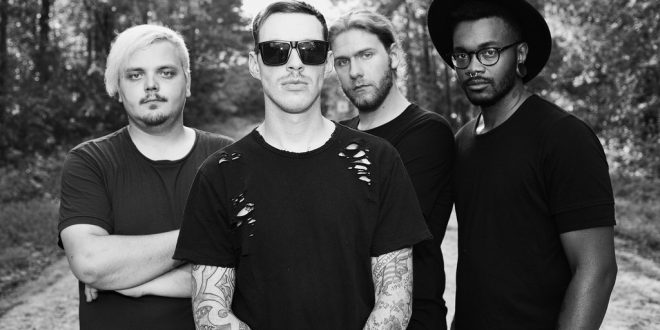 Introducing: MKNLY – “catchy-ness and groove of pop mixed with tons of energy”

MKNLY is a four-piece alternative/pop rock band from North Carolina consisting of Tristan Briza, Josh Wicker, Benjamin Green, and Anthony Hamilton. The group originally formed in summer of 2017 directly following their debut EP Something To Stand Behind which launched them onto the scene. It wasn’t long until they found themselves opening for national acts such as Emarosa, and The Spill Canvas. The release gave them a great start but they felt like they didn’t have a solidified sound they wanted. After working with producers Wes Lauterbach and Zane Frye the group was able to find themselves a great solid and solid songs which would be the basis for their second release. MKNLY then recording their second EP with Chris Piquette of No Boundaries Studios in Rhode Island. MKNLY plans to release their newest single “When I’m Lonely” in mid-October, and a five song EP in the winter. With a combination of rhythmic guitar, catchy melodies, and expressive lyrics, MKNLY offers a unique sound that bridges the gap between alternative rock and pop. Singer Benjamin’s strong lyricism drawn from personal life struggles, depression, and of course relationships to find a sense of therapeutic release.

Earlier this week, they dropped their newest single, “You Can’t Stay,” with a corresponding music video.

MKNLY continues to expand on their unique sound since their last single, “When I’m Lonely,” by experimenting with elements of both alternative and pop. With their upcoming EP due out soon, MKNLY bridges many genre gaps in “You Can’t Stay,” along with building a fresh and inspiring music video. Through their mainstream hooks, vibrant guitar tones, and heartfelt message, the band’s bright future shines through on “You Can’t Stay.”

We recently had a chance to speak with the band and asked them to help us get to know them better, here’s what they had to say:

You know a lot of people have asked us that and it’s always a hard one to answer. The best description I could give about it would be all the catchy-ness and groove of pop mixed with tons of energy and fun you get in the rock world. I mean we classify ourselves as Alt/Rock but I’ve never been able to put an exact to it. We just love making fun music!

2. How did MKNLY first come together? Is the band still all original members?

We first came together back in summer of 2017, after I originally was gonna to give a shot at the solo thing, but decided I really missed playing shows and found some great like-minded people who had just as much passion as me. Sadly the line up has changed a little since inception but myself (Benny Vocals) and Tristan are still original members. We have a great line up that all seem to really be focused on the same vision and ideas so we are excited what we can make of it!

I’m not sure what you mean by breakout gig. Hmmm, I would say if you mean our first real big hit the ground running show or the show that made the most statement would be when we opened for Emarosa last year. Fun show had a great audience that really responded well and was interactive! But we’ve had so many shows and still are growing so I don’t think it has truly been seen yet!

4. What does it take for a band to stand out in a smaller music environment such as North Carolina?

Honestly, I don’t think takes a lot, you will always get out what you put into it! There are so many great talented bands here and everyone is just creating what feels good to them which makes everyone stand out but you don’t have a huge collection of people doing the same thing! Everyone is exploring!

5. What should people expect from your live performance when coming to see MKNLY?

Just expect a lot of fun! I really love to interact and have fun with those that come to see us! Try our best to convey our stories but make everyone feel like they are apart of the show also!

So far it’s myself (Benny) and I work with some wonderful producers Wes and Zane from The Stu who have always helped me kinda break out of my comfort zone!

Definitely tons of new music! We are ramping up and really hoping to get busy in 2019!

I would have to say the first album I ever purchased with my own money was probably a Silverstein-Discovering The Waterfront record followed by You Me At Six- Take Off Your Colors.

First one I can remember the MTV tour with Fall Out Boy, Hawthorne Heights, All American Rejects, From First To Last, and The Hush Sound

I think at the moment and honestly, the reason I started this project is You Me At Six, they’ve always brought this incredible energy and rawness to their music. And always evolving and just writing great undeniable music! 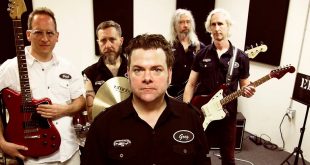