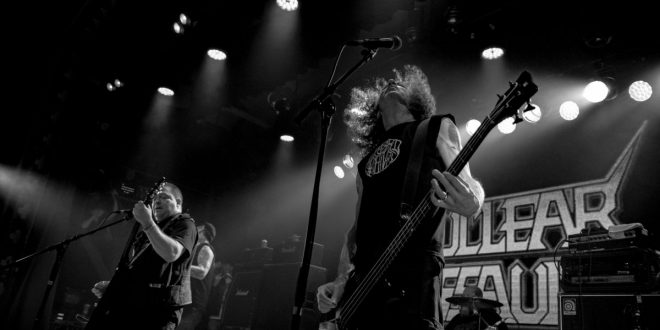 After Toxic Holocaust whipped the speed freaks into a frenzy it was time for New York’s very own legendary thrash metal veterans Nuclear Assault to take the stage in Greenpoint. After only being booked on the bill a few days prior replacing co-headliners High on Fire who had to drop off the tour after the untimely misfortune of Matt Pike’s partially amputated toe. After letting the crowd know that had only signed on a few days prior frontman John Connelly started the set with “so we’ll see what this sounds like” while bassist Dan Liker thanked Municipal Waste for having them he then followed with “but if it wasn’t for us you wouldn’t even be here”. With all that being said the band then lead the assault on the speed freaks with a fury of classics. As the bodies flew over the barriers and the frenzy in the pit grew more violent as each song was blasted out it was clear that after all these years Nuclear Assault still has what it takes.

NewYork Based Photographer. Music Enthusiast with a background in Graphic Design. Whether I'm shooting a live event or just out wondering the streets its about capturing the moment.
Previous Gallery and Review:Toxic Holocaust at Warsaw Brooklyn, New York 11/11/18
Next Gallery: Avatar Live At The House Of Blues In Anaheim, CA 11-02-18 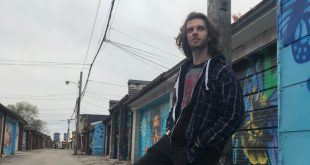