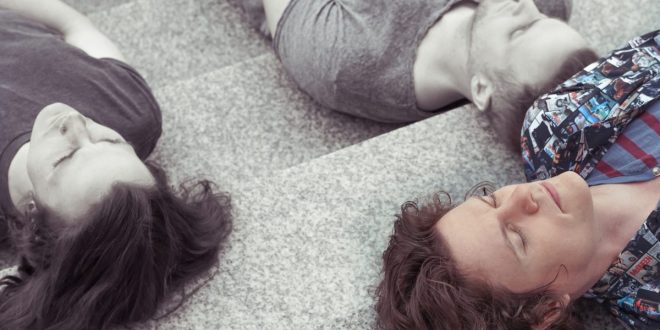 Nashville indie rock trio Looking For Lucas have released a lyric video for their new single “Attention.” The retro, garage rock track is from the band’s debut EP High Wire and premiered with Substream Magazine.

“I was drifting out to sea on a kayak when I was trying to get the attention of some of my buddies,” says frontman Johnny Lucas when asked about the song’s inspiration. “They couldn’t see me so I had to paddle furiously to get back to shore, as I was going hell for leather when the melody and lyrics to Attention came into my head!“

The track and new EP were produced by Cage the Elephant’s Lincoln Parish.

Johnny began his musical journey in Manchester where he steadily toured around the UK and Europe as a one-man show replete with beatbox and looping magic. It was at one of those gigs in a small pub where he first caught the attention of the almighty Jimmy Page. Page commented “I loved what you did with the loop pedal. There was so much going on it was like a 5-D experience.“

Shortly after, Johnny decided to make the move to Nashville and form a full band. It was there that they honed their distinct blend of British and American flavors at Parish’s Talkboxrodeo studio.

Listen to “Attention” on Spotify.