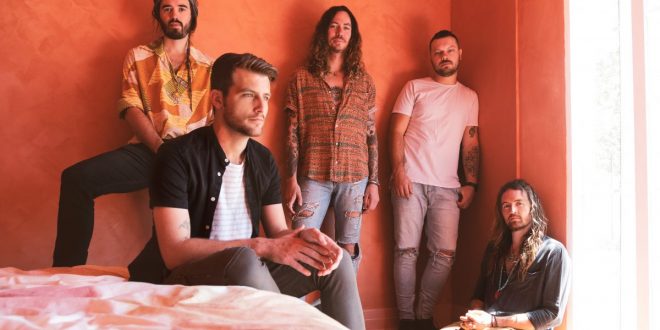 Earlier this month Hands Like Houses set out on their US tour with Emarosa, Devour the Day, The Faim, and Arlington. Now, while millions of people search for great deals on Christmas gifts this Friday, you can get your ultimate deal on an incredible bill of rock music as this stellar tour rolls into Boston on Black Friday.

In the last year Hands Like Houses have solidified their place as one of the most impressive up and coming rock bands in the world with over 85 million combined streams and 100K records sold. Their critically acclaimed album Dissonants, which was released in 2016, impressively debuted at #7 on the ARIA Chart and Top 10 Billboard Independent Albums, Hard Music Albums, Alternative Albums and Rock Albums.

Last month, the band released their highly anticipated fourth studio album, -Anon. via Hopeless Records. With -Anon., Hands Like Houses found themselves with the opportunity to immerse themselves completely in the new songs, after spending much of the last six years on and off tour. The rare free time off the road allowed them to follow their instincts and craft each new song with its own energy and identity. The final collection presents and captures fatalism and optimism, call-outs and self-reflection, realism and fantasy, politics and personal journey. Each its own anonymous piece to relate to, built around a shared human experience or perspective.

The band have also spent their time performing for massive crowds at home on UNIFY 2016, The Equinox Tour and to tens of thousands of people on the Rock on the Range, Carolina Rebellion and Northern Invasion alongside legendary acts The Red Hot Chili Peppers, Deftones, Alice Cooper and Disturbed.