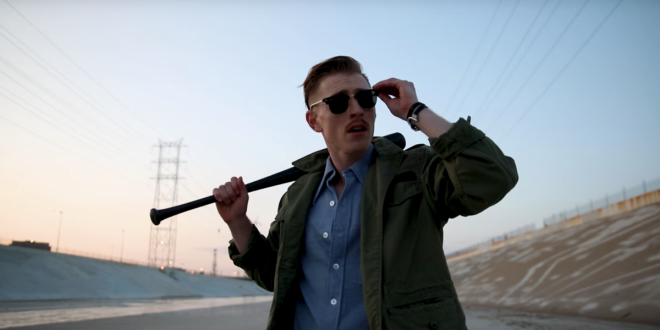 Payson Lewis is ending 2018 with a bang. Following the release of debut EP Take Me Apart, the LA-based indie-pop solo artist dropped the music video for single “Better Run” today. It’s not one to miss.

Directed by James Bianchi, the video for “Better Run” is a gripping mix of several starkly different situations. Lewis is seen engaging in what we can only assume is a typical LA afternoon: driving down a deserted highway, strutting through a concrete embankment with baseball bat in hand, and, of course, caught in a struggle with two glittery dominatrixes.

Check out “Better Run” below:

Anyone wanting to hear more from Payson Lewis won’t have far to look. Ever since the Philadelphia native moved to LA, he’s been churning out an impressive array of content. From spots on shows like “The Sing-Off” to widely-shared videos like his cover of Taylor Swift’s “Out of the Woods” (featuring Rumer Willis), Lewis has worked nonstop to follow his passions. With an ever-growing fanbase, the work is steadily paying off. Be sure to check out Lewis’s website to stay up-to-date because one thing is certain: Payson Lewis shows no signs of stopping.

Listen to Take Me Apart here:

I write about music and live shows and other fun things. Strong feelings about pugs, Halloween, and burritos. Currently zooming around northern California, with frequent stops in LA.
@missdanajacobs
Previous Introducings: Pros & iCons
Next Young Medicine Release Electro-Rock Cover of NSYNC’s “Tearin’ Up My Heart”