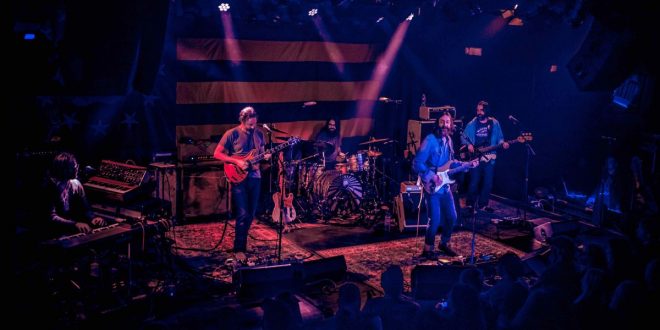 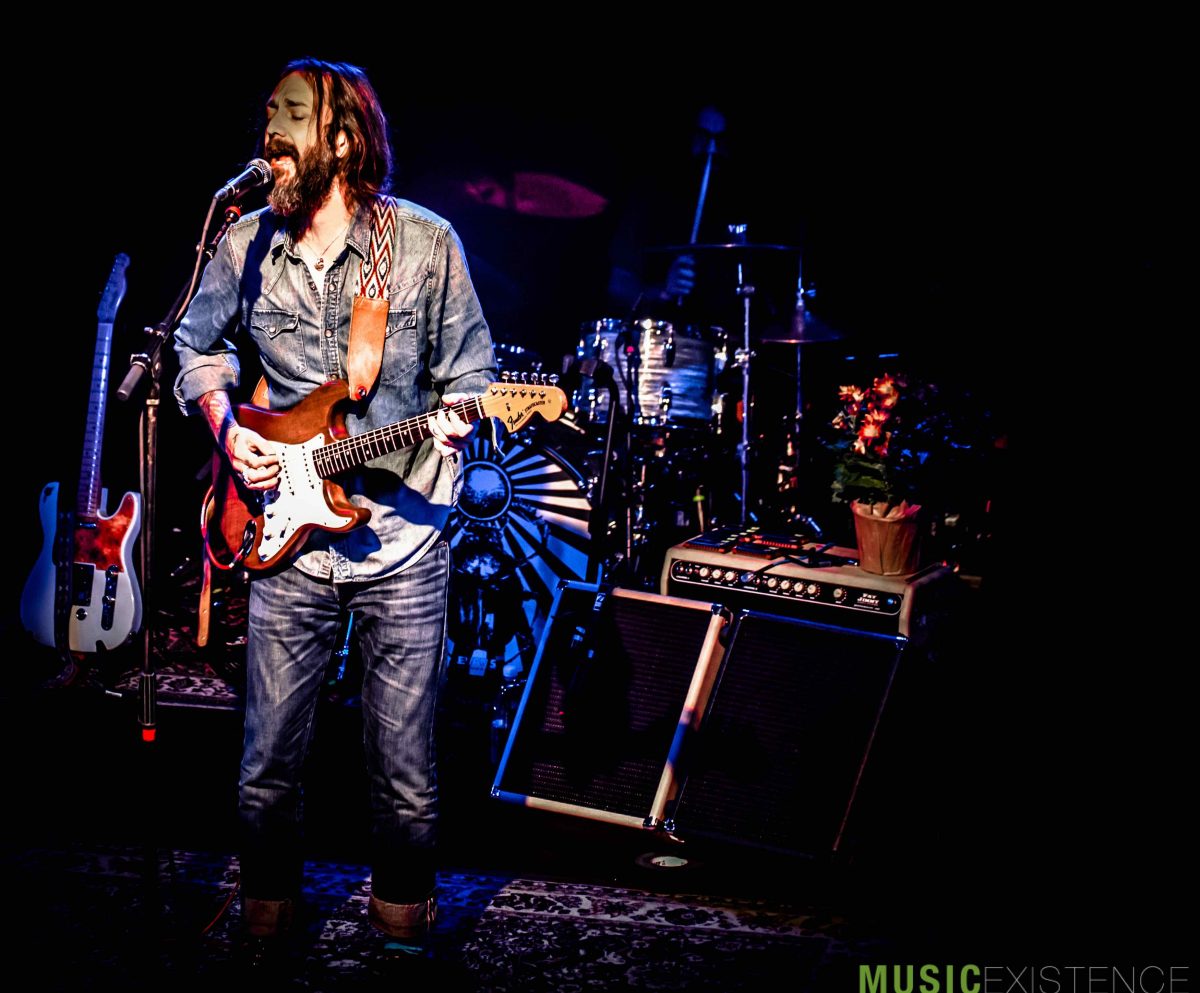 This past weekend the Chris Robinson Brotherhood made their celebrated return to the hallowed halls of the Paradise Rock Club in Boston, Massachusetts to dance, sing, groove and share the ride with their notoriously loyal northeast fan base.

The CRB, as they are affectionately known, continue to tour in support of the band’s fifth studio effort, the resplendent, Barefoot in the Head, released last year.

It is worth mentioning that by the time this review is published it’s entirely possible that the CRB may put out another EP, full length record or even an additional live recording or two. 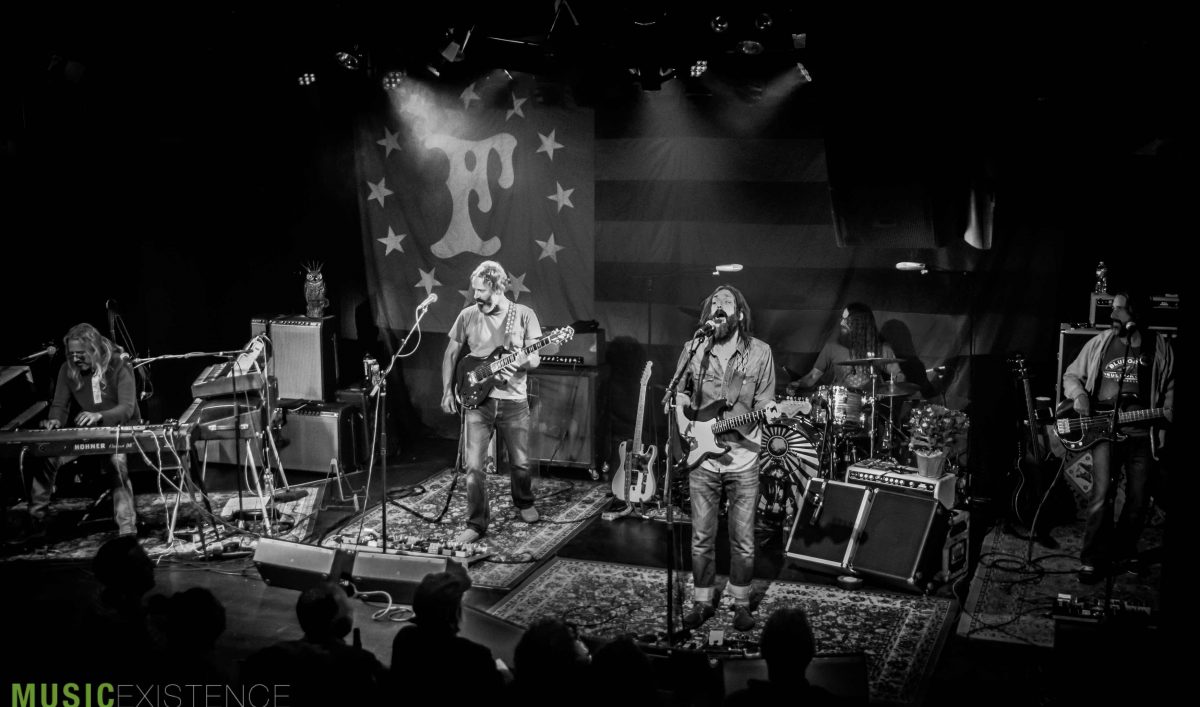 Although this quip is made in jest, it’s not entirely off base, as Chris Robinson and his musical brotherhood, may just be one of the most prolific bands within the industry today in terms of generating new music in an era where album cycles tend to run three plus years and beyond.

Within essentially the same calendar the band released their fourth studio album, Anyway You Love, We Know How You Feel, the follow up EP to that record, If You Lived Here, You’d Be Home by Now, as well as an additional full length live LP, Betty’s Self Rising Southern Blends, Vol. 3.

Due to the sheer volume of recorded material produced by the band in a such a relatively short amount of time one may wonder if the quality of the music has suffered at the expense of generating quantity?  The long and short answer to that query has to be a resounding, hell no. 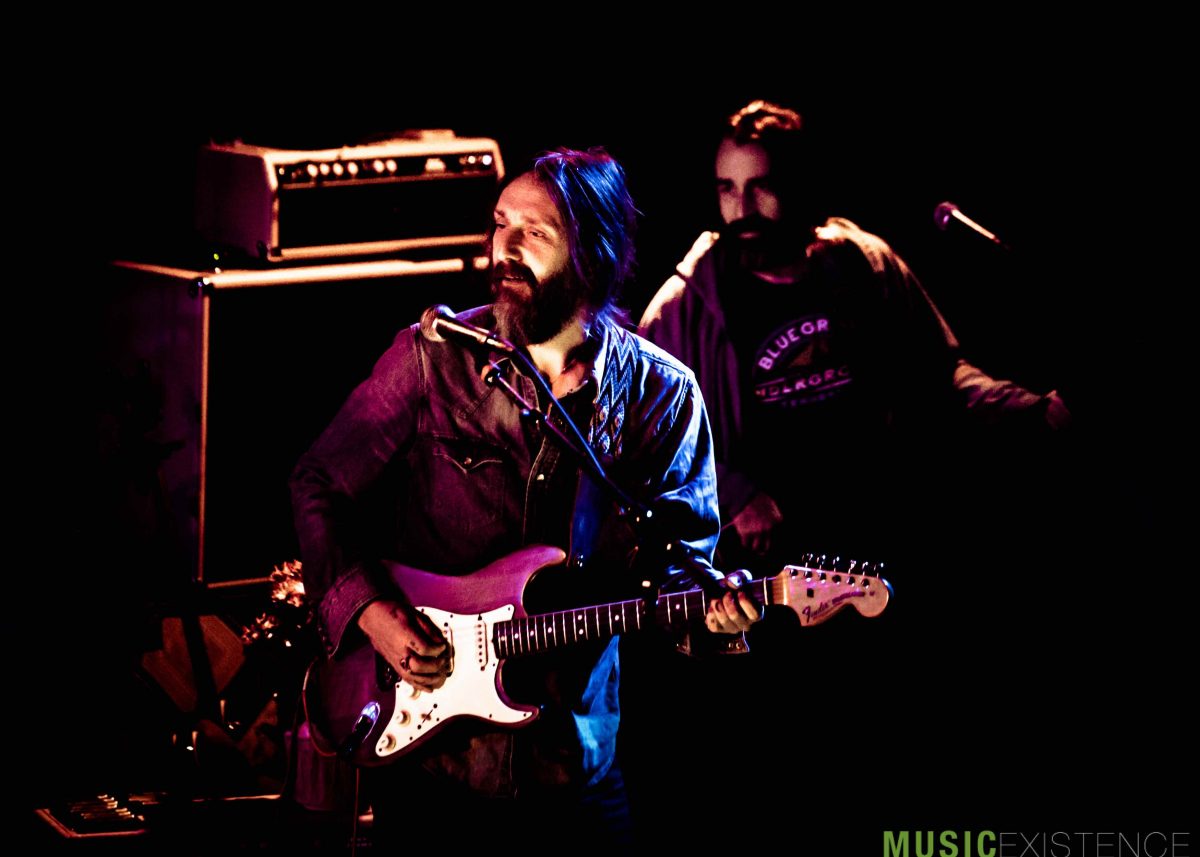 Barefoot in the Head if anything, signaled that the CRB continue to do exactly what their rabid fan base have come to expect of them, and that is to evolve. The band’s nearly three hour set at the Paradise proved that like their recorded material, the CRB’s live performance continues to be transformative as well.

The first set of the CRB’s performance in Boston was far more up-tempo and rock oriented than some might expect from a band whose musical DNA runs closer to that of the Grateful Dead and Little Feat versus the southern blues bravado of Robinson’s most well known outfit, the now defunct Black Crowes.

Perhaps this new found sense of groove and rock sensibility, present throughout Barefoot in the Head, has been a byproduct of the injection of new life into the band. 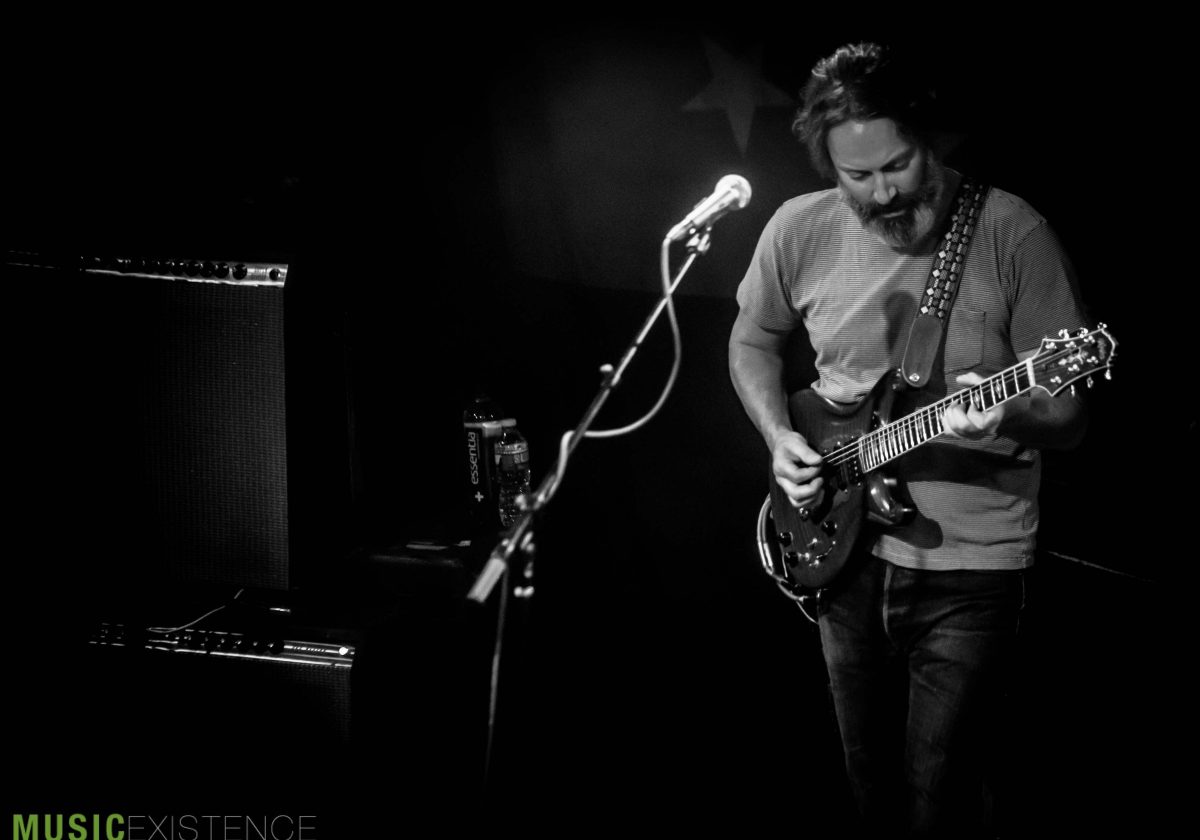 Drummer Tony Leone (not present at the performance in Boston as Circles Around the Sun drummer Marc Levy is on board for this leg of CRB’s run) only came into the CRB a few years back.

Leone’s fellow rhythm section partner, bassist Jeff Hill, also remains somewhat of a newbie in the CRB, as Hill has only been with the band since 2016.

In any event, the biggest takeaway from the band’s time in Boston may just be the fact that their detractors have to be running out of reasons to not attend and celebrate the CRB in a live setting.

The Chris Robinson Brotherhood, also comprised of founding guitarist Neal Cassel as well as keyboardist Adam MacDougall, offered up ample servings of jaw dropping moments throughout the first set of the night. 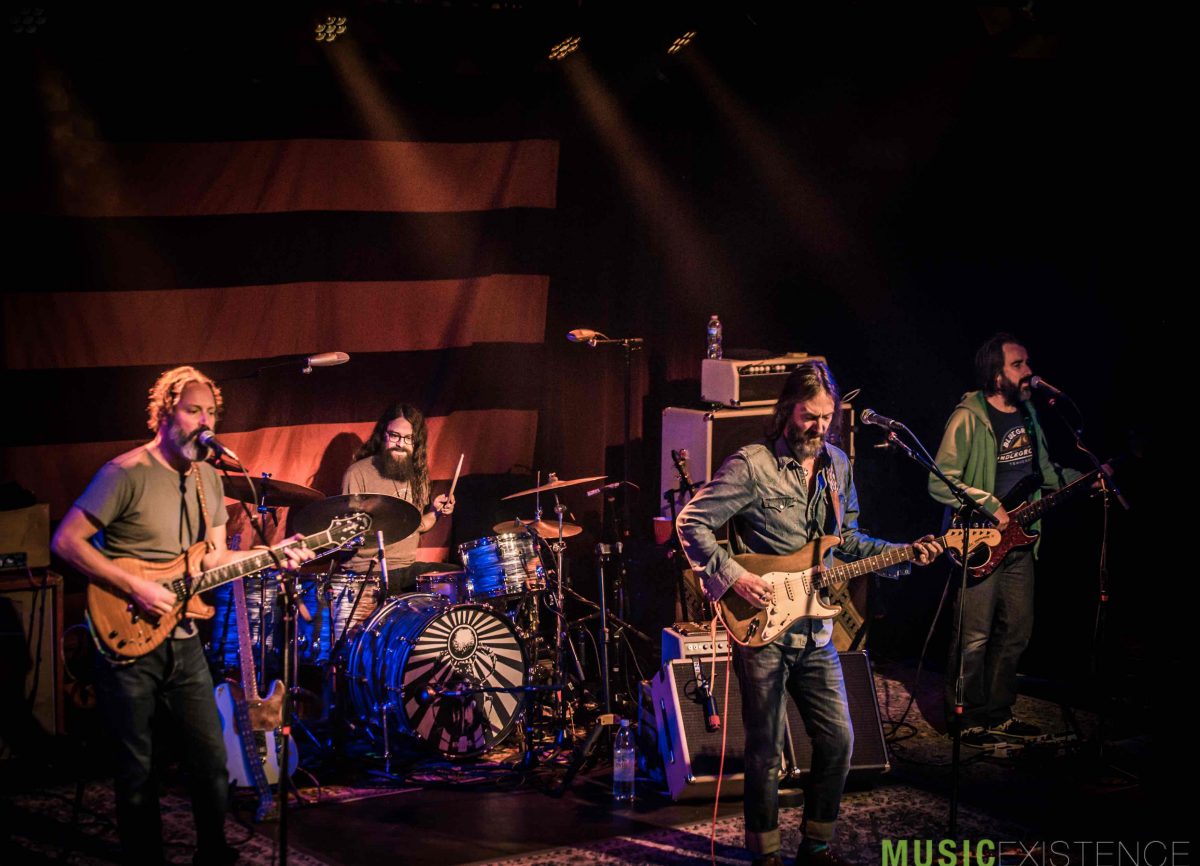 Buoyed by a myriad of solos by the two aforementioned players themselves, the CRB led the Boston faithful down a blissful and jubilant rock and roll fantasy throughout their first hour and half on the Paradise’s lighted stage.

The evening’s second set of material provided the Boston faithful the opportunity to embrace the more traditional and jam-heavy side of the CRB.

No song played on the evening represented this more so than the band’s epic take on “Vibration and Light Suite” which seamlessly shifted from 70’s era jam band territory into almost a Black Crowes inspired rocker by the time the tune came to it’s brilliant conclusion.

Fittingly Robinson and company ended their time in Boston with an uplifting cover of Jerry Garcia’s, “They Love Each Other.”  The song not only further bonded the fans with one another, it also served to bring each and everyone one of them that much closer to the band.

Isn’t that what great live music is supposed to do anyway, inspire and create bonds with fellow like minded souls? 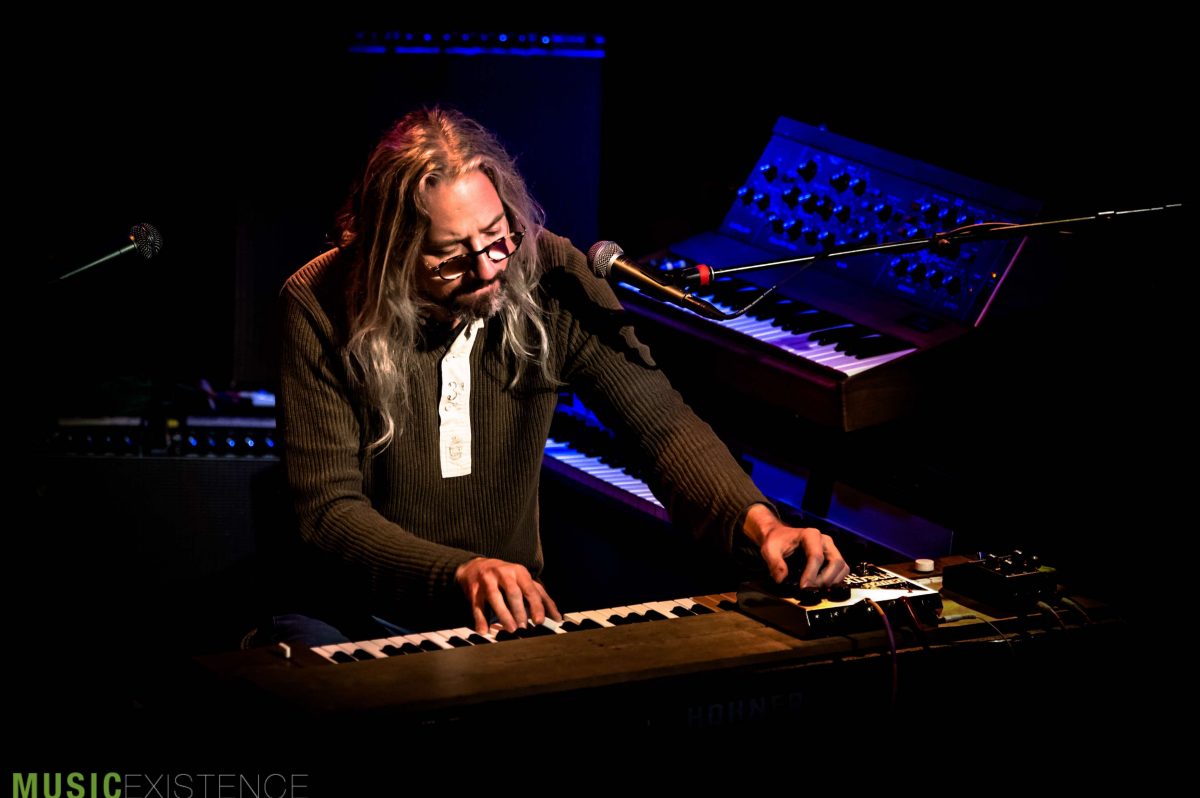 As for Chris Robinson himself, he seems to be continuing to have the time of his life. His voice this past Saturday proved to be as soulful, emotive and as powerful as it’s ever been.

The lead singer’s guitar playing has also become more and more an asset to the band.  It’s beyond evident that the eight years of touring with one another has strengthened the symbiosis between Cassel and Robinson.

These days the two seemingly share the same sense of musical timing and guitar interplay that Rich Robinson and Marc Ford shared with one another throughout the classic era of the Black Crowes.

Additionally, Robinson’s harmonica playing, on full display in Boston, continues to remain one of his and the CRB’s secret weapons. 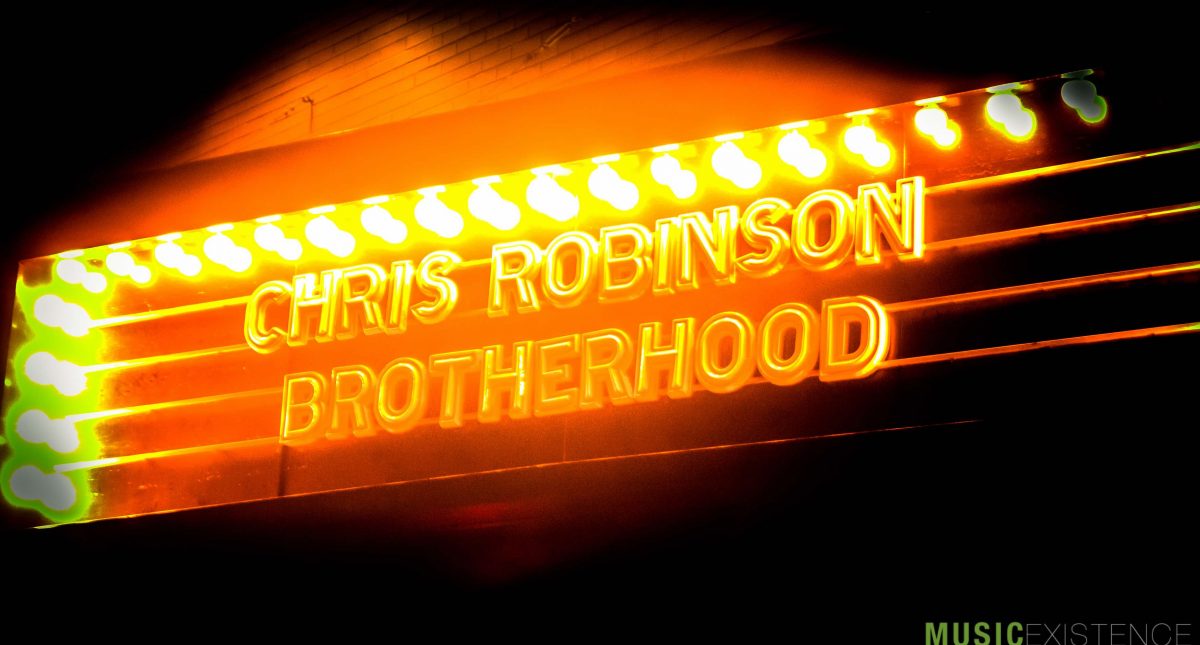 Following the performance as fans made their way outside of the venue into the cold Autumn air swirling on Commonwealth Avenue, seemingly every person I could spy was smiling, dancing and already sharing memories of a show that had just only minutes earlier, come to a conclusion.

Music, friendship, love and well, music.  If that’s the message the CRB are attempting to broadcast, it’s more than safe to assume the masses here on Earth have received it loud and clear.

Hell, it’s probably safe to assume that aliens in galaxies far and away are smoking space weed and jamming out with one another to the CRB at this very moment.  And yes, “space weed” exists.  Just ask Chris if you don’t believe me. 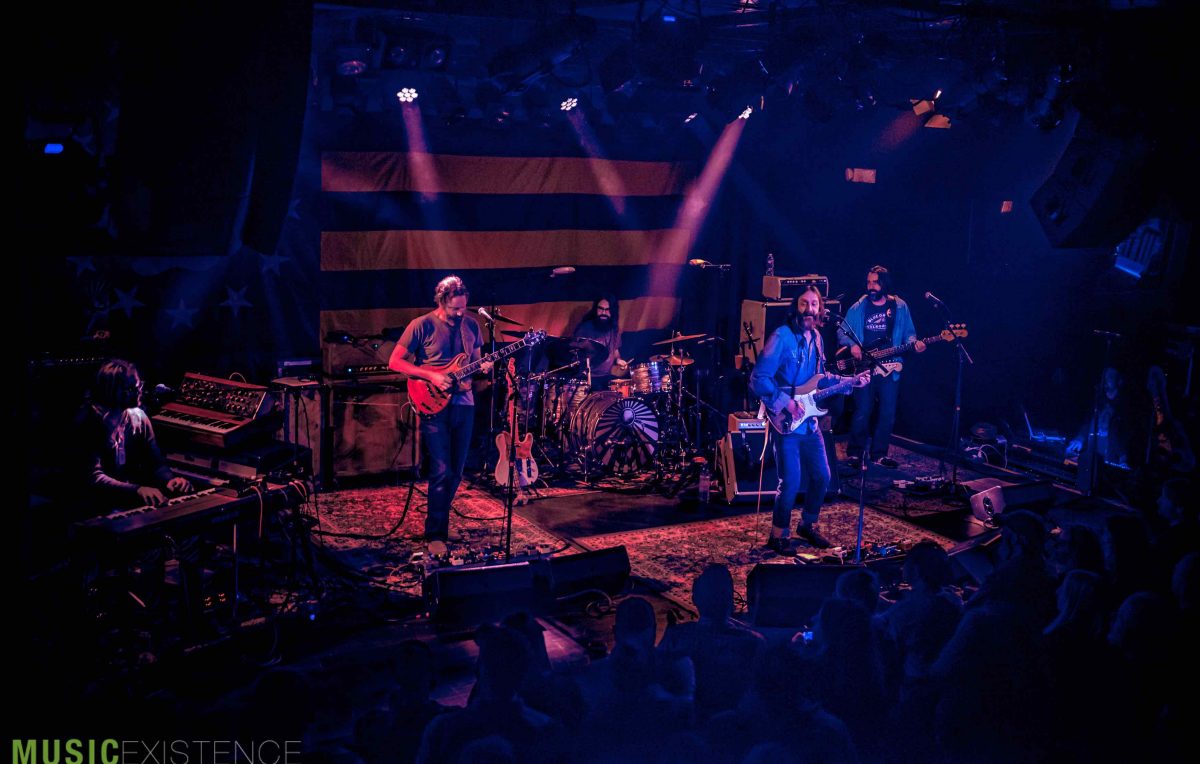 Robert Forte attended Northeastern University in Boston, MA pursuing a degree in journalism with a concentration in public relations. After working in print journalism for United Press International in Beijing, China and returning to the U.S. to work in corporate public relations he moved into technology sales. Robert currently resides in Asheville, NC where he now co-owns a start-up technology sales company. Additionally Robert serves as the Music Editor for AskAsheville.com while also serving as the principle in-house concert photographer for the three main concert venues located in downtown Asheville. Robert has been writing and doing concert photography for various media outlets for the past twenty plus years in an effort to support all genres of music and his on-going passion to continue to bring great content to music fans across the United States.
@bruins7140
Previous Introducing SATGAME (Sir Addison The Great aka Mr. Everywhere)
Next The Appalachian Road Show is here! 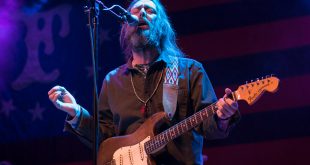 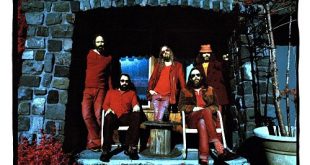