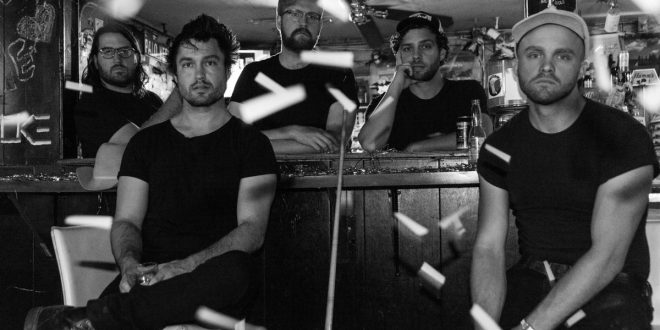 Jared & The Mill have released their next single “Kelsee’s Shelves” joins a catalogue of songs which will make up the bands forthcoming album, This Story Is No Longer Available, set for release on February 15, 2019. To pre-order the album on PledgeMusic click HERE.

This Story Is No Longer Available will feature the band’s four previously-released singles, including “Soul in Mind” which was called “authentic” and “open-minded” by Billboard, “Break in the Ether” which The Boot called “deeply introspective,” “Hope,” and “Feels Like.”

Jared & The Mill will be playing a series of shows along the west coast this fall, dates below. Following the New Year, the band will then head out on a multi-state tour. American Express® Card Members can purchase tickets in select markets before the general public beginning (Wednesday, June 13 at 10am local time) through (Thursday, June 14 at 10pm local time).

For their upcoming tour, Jared & The Mill will be partnering with Can’d Aid. For every dollar sold from tickets, a dollar will be donated to Can’d Aid in support of their mission to spread “do-goodery”. Additionally, throughout the tour the band will be doing workshops with schools in 10 cities (dates and cities have yet to be announced) where they will donate instruments to selected schools.

Previous THE CLAY PEOPLE To Join OTEP & One Day Waiting on Select Dates of THE ART OF DISSENT TOUR
Next Bill Abernathy Talks Orwell, Fogelberg, And Why Sales, Awards And Critics Don’t Mean That Much To Him