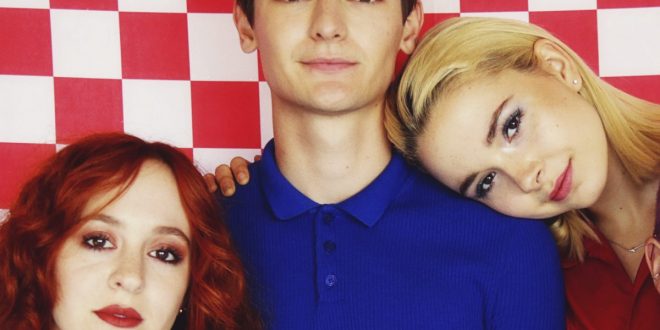 The Regrettes have released the official video for their latest track, “California Friends.” Directed by longtime collaborator Claire Marie Vogel, the light-hearted video follows the group as they enjoy a spontaneous day off while recording their next full-length studio album, coming in 2019.

Later this month, The Regrettes will continue their extensive year on the road, joining Welles and Micky James on Alt Nation’s Advanced Placement Tour presented by Sirius XM and Live Nation. Tickets are available now HERE.

Led by 18-year-old Lydia Night, The Regrettes – rounded out by members Genessa Gariano (age 21, guitar) and Drew Thomsen (age 21, drums) – had a standout summer as must-see’s this festival season, with Rolling Stone naming the band among the “Best Things We Saw At Governors Ball,” and USA Today proclaiming The Regrettes as the “Most Promising Newcomer” at Lollapalooza. Earlier this year, the group released its Attention Seeker EP, following the 2017 release of their breakthrough debut album, Feel Your Feelings, Fool!