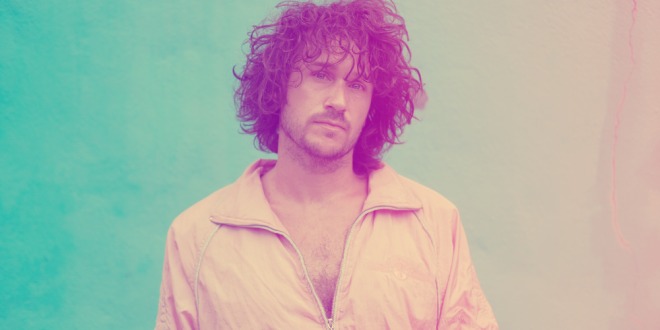 New York-based, Minneapolis-born singer/songwriter Caleb Hawley independently released Love, Drugs, & Decisions in 2017 followed by Sex Tape in 2018. Hawley’s raw lyrics and somber themes are sweetened by pop beats, androgynous vocals, and sensuality inspired by the Minneapolis sound of the 80s and dance rock. Hawley writes about prescription drug culture, relating it to his battle with Tourette syndrome, depression, substance abuse, and relationship struggles. His lyrics are introspective and observational, peering at the glamorous facades in society.

Hawley’s music is elevated by stellar live performances, backed by a slew of reviews noting his onstage charisma. He forms authentic connections with an air of openness, soulful singalongs and untethered guitar work. His universal reach is evident within keen pop writing that is equal parts conflict and triumph.

Hawley released his new song “Just Want to be Loved” today. I had the opportunity to catch up with him and ask him a few questions about the new song and the upcoming album.

What album is this song from and when can we expect that to be released?
This will be part of the “Sad People” album, which is aimed to be released in March.

What was your inspiration for making this song?
Failure, FOMO, a nagging need for appreciation, frustration, lack of influence, depression… that constant rapid fire of negative thoughts in no particular order.

What do you want people to know about this song in particular?
That it exists. After that, it will be up to them to decide what it means for them, depending on what elements they engage with.

Let’s talk about the song, do you expect to be on the receiving end of a lot of hugs after people hear it?
I mean I’ll have a hug anytime, sure. Honestly ,though, there are a lot of reasons for writing a bleak song, and to the point of being pitied is not one of mine. I write what feels real to me in a moment, with some hope that someone may connect and relate, and feel less alone when they hear it. Positive songs rarely lift my spirits, but painful ones almost always do. I know I’m not alone in that.

What is the mood of the upcoming album? I know in our last interview you sad it was songs for sad people but still danceable. Is that still the case?
I think “Just Want to Be Loved” fits that danceably-sad genre, and yes I’ve maintained that vision for most of the songs I’ve worked on.

Are you planning a tour once the album released?
I’ve decided to quit touring until it makes sense emotionally and financially. I’ve pretty much tried to force it for a decade, and have had to come to terms with the fact that it has not worked like I’d imagined it would.

Can we expect another set of duets with your new work too?
There’s going to be one duet on the album, but I’d like to collaborate with dancers for the most part.

Can we expect any more dope beats from Domingo on the album?
Hopefully. I have other people at my storage unit to feature as well. I’m looking forward to more of those collabs.

What is your process like for writing music? Lyrics first, music first? Once you have a keyboard or guitar piece do you write the music for the other instruments too or do they improvise?
I don’t have a single process. Sometimes it’s lyrics first, sometimes it’s music first. Rarely they are simultaneous. Most of the songs I’m doing everything except drums. I have Jordan Rose do that. Oh, also there are strings on a lot of the new music, which I didn’t play.

You are known for your on stage antics. What’s the nuttiest thing you’ve done on stage?
Before reading any further I recommend looking up Extreme Elvis for truly nutty performing. I do a lot of things to keep people entertained, but I’d like to enjoy a full meal during a show someday, taking bites in between verses. I’d also like to come back for an encore naked, or with my head shaved. I’d like to perform a set in rollerblades, and have an entire audience on pogo sticks. I’d like to do the splits.

I know you love podcasts, what Podcast are you currently enjoying?
Season 3 of serial has been really good. I pretty much always listen to The Daily, unless I am on a podcast fast.

Fun Loving Music Photographer and lover of live music in general. I am most likely to be spotted with a coffee in one hand and a camera in the other, somewhere in Philadelphia, New York City and everywhere in between. For more of my music photos: http://myphotos.bellemorephotography.com/
@bellemorephoto
Previous Gallery: Behemoth Live at The Van Buren in Phoenix, AZ 10/20/18
Next Gallery: Jinjer at The Marquee Theatre In Tempe, AZ 10/23/18