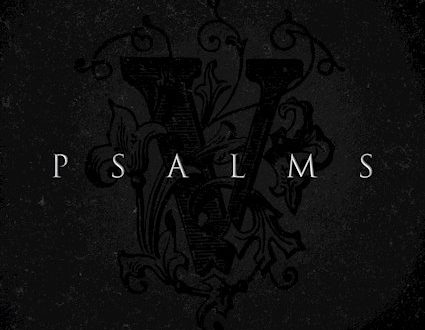 Hollywood Undead entered into the nu-metal world in 2008, quite late to the game. They have since toured with acts like Skrillex, created 5 albums over the course of 10 years together, and recently performed at Reading & Leeds Festival. Mentioning Skrillex is actually relevant for this review, as the band have released a surprise EP, Psalms, which includes the “EDM-inspired” “Another Level”. Do these 5 tracks create excitement for what else the band can explore in terms of progress within their own sound?

Answer that question with a resounding no. True, it is different, but it’s nothing that can make people elated, especially with this more “pop-friendly” style that the band have decided to take. Firstly, “Bloody Nose” just expresses faux-toughness. Nothing about the lyrics convince the listener that these guys are “edgy” and “just so cool”, but there’s nothing within the vocal inflections that would make people believe it. This is also the only song that includes unclean vocals, and they just sound pathetic here, as if they were only added to keep the band’s ties to rock and metal, but barely. Surprisingly, the music isn’t too bad, nice and atmospheric, and got some great rhythms within it. The same can be said for the second track, “Live Fast Die Young”, in which the music plays a key and effective role in bringing the atmosphere to it, but again, the vocals and lyrics are very bland, and simply rely on tired cliches. The vocals make this feel like the EP is making a move towards alt-pop, which is a dangerous shift in tone for any band to take. The band adds a rapping section within this song, but it has no flow, no real rhythm, and no emotion that can convince me to buy what the band are selling. Generic, and another waste of pretty decent. The third track, “Something to Believe”, completely changes the EP, because now both the music and lyrics are on the same level…as terrible! The choice of instrumentation, mixed with these faux-inspirational lyrics, make it seem like the audience are meant to be manipulated to care about what’s being spoken about. In addition, the trap drums are a very awkward choice to add, making the song seem unbalanced. The vocals, once again, have no emotion in them and feel like no one cared to make an effort with their singing abilities. “Another Level”, the fourth track, and EDM-inspired track on this EP. To put it simply, the chorus is putting Fall Out Boy’s “Young and Menace” to shame in terms of how annoying it can get, with the fluctuating frequency in vocals, and the music going crazy in the background. The lyrics do nothing, as they create a further fake tough image, and bigs themselves up as being above everyone else. The track is another example that Hollywood Undead will try anything to become popular, and will follow the trends to get to the top. This is shown further in the final track, “Gotta Let Go”, which sounds like a rejected song from Imagine Dragons, along with the classic “woahs”, and the generic sound and style. The lyrics say nothing, there is still no emotion projected into this song, and everything about this song just reads fake and disingenuous.

Overall, this EP reads like an example of what not to do if you want to change your sound and try to impress the masses. There is nothing wrong with a band if they want to evolve their music, even if it does change genres. But for it to be so drastic and distant from the realms of rock and metal, it feels like many people would be turned off by what they hear. This band has talent, and credit given for making some interesting music choices and rhythms within the first 2 tracks. But unfortunately, it does not make up for the rest of the EP, even with 5 tracks. Psalms EP is a mess, and best to skip if headaches and frustration are to be avoided.

Psalms EP is OUT NOW!