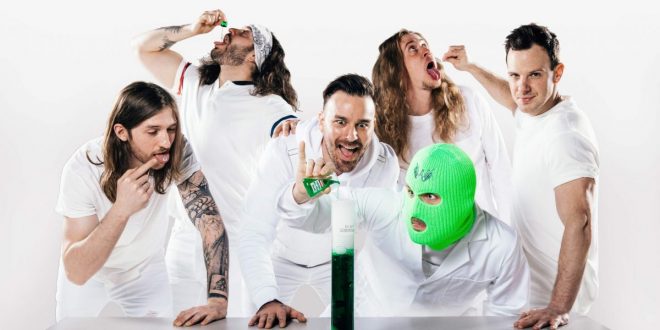 Wilson drops remix of “F**k Up My High” feat. Hyro The Hero

“When you’re on the come up in our genre, I find it very rare for artists to support other artists even when they are seemingly walking in the same shoes,” states Wilson frontman Chad Nicefield about the collaboration. “Specifically, when artists tour together there’s always a sense of getting the ‘one up’ on your peers. Everyone seems to be vying for that ‘next big thing’ look and seem to forget the reason why we wanted do this…for the music, the fans, to be a part of something bigger than yourself. Not some big dumb rockstar ego. Hyro and WILSON wanted to lead by example and remind our community that what makes Rock N Roll so great is just that, community! So don’t Fuck Up Our High!”

Hyro The Hero adds, “So excited to rock a remix on such a great song. My verse is epic on an epic song. It’s LIT!”

The band is currently on their U.S. headline tour “How To Be A Baller”, bringing their unique brand of fuckery to numerous cities with opening support from labelmate Hyro The Hero. For more information on the bands upcoming tour dates or to purchase tickets visit Wilson’s website.

Wilson formed in 2010 when the members came together in Detroit, MI. After two previous full-length releases, Fullblast Fuckery in 2013 and Right To Rise in 2015, the band is back in 2018 with an all new album, record label, outlook on their career and musical direction combining their unique brand of in-your-face rock n roll with an influence of Hip-Hop and their love of all things 90s. Wilson is Chad Nicefield, Jason Spencer, Kyle Landry, James Lascu and Matt Puhy.