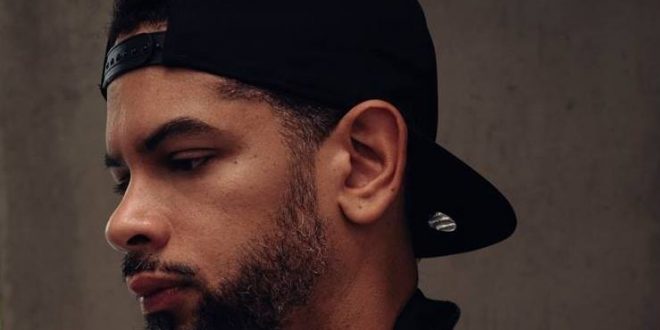 MK drops video for smash hit single “Back & Forth”

Moving up to number #17 on the official U.K. charts this week and now Top 50 on the U.S. dance charts, MK‘s latest single “Back & Forth”seems to be on track to continue to rise in the ranks. Along with his collaborators, Brit-Award nominee Jonas Blue and chart-topping artist and songwriter
Becky Hill, MK (Marc Kinchen) has now released an official video to accompany “Back & Forth,” which has so far amassed over 15 million streams globally.

Directed by Finn Keenan, the video showcases the special symptoms of a man who has contracted a contagious and terminal “Back & Forth” medical condition. This deadly fever starts off with his body jerking sporadically to the beat without end, thus causing much worry to his partner. The humorous production follows the afflicted man from his first symptoms to the worsening later stages of this rare condition, with his new-found dance-fever soon proving infectious to those around him.

An upbeat record led by MK’s contagious signature piano-house sound, “Back & Forth” follows the success of Marc’s huge 2017 smash “17” and 2016 gold-certified hit “Piece of Me”with Becky Hill, who pairs her soulful vocals with the instinctive pop sensibility of Jonas Blue on”Back & Forth.”

As the proud owner of his Area10 label and event brand, which has hosted parties worldwide, headlining stages at the likes of SW4, Creamfields and
Croatia’s Defected Festival, as well as his appearances at Ibiza’s HI, Ushaia, Pacha and the sold-out weekly Ibiza Rocks Area 10 series this past summer,
MK’s reputation as a true musical innovator and mentor is firmly rooted within the dance music community thus gaining widespread respect from both the underground as well as the more mainstream audience.

To support the release of “Back & Forth,” MK can be seen on a joint tour with Camelphat. “The Big Fallback 2018” is their first U.S. tour together that features special guest Will Clarke on select dates. Accomplished house music producers and DJs on their own, they’re coming off the hottest summer on record ever in Europe and the U.K.

“The Big Fallback 2018” tour kicks off tomorrow, October 25 at The Grand in Boston and will touch down in most major U.S. markets including NYC, Chicago, Detroit and more.

Previous Cher Lloyd gets real on “None of my Business”
Next Gallery: CHVRCHES at The Orpheum Theatre in Boston, MA – 10/21/2018