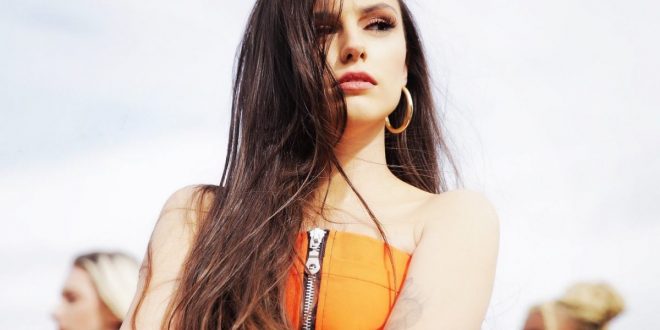 Cher Lloyd gets real on “None of my Business”

Following the release of her brand new single last week, the multiple-award-winning, multi-platinum-selling, chart-topping performer and songwriter Cher Lloyd has revealed the official video for ‘None Of My Business.’

Produced by Hitimpulse (Rihanna, Alma, Sam Smith, Ellie Goulding, Zara Larsson), ‘None Of My Business’ follows a newly inked record deal with label giant Universal Music and is Cher’s first solo release in 2 years. “I’ve waited so long for everyone to hear what I’ve been working so hard on, and ‘None Of My Business’ is a perfect taste of what’s to come.” Cher reveals. “I’ve never been more excited to share my new music.”

With 5 Top 10 singles and countless nods from international awards shows including MTV’s Europe Music Awards and VMA’s, Radio Disney Music Awards, Young Hollywood Awards, Teen Choice Awards and many more, since her breakout on the hit TV show X-Factor, Cher Lloyd has traversed the globe and has collaborated and shared the staged with some of the world’s biggest pop artists from Taylor Swift, Demi Lovato, One Direction, T.I and Will.I.Am.

Unabashed and unfiltered honesty has always powered the young artist, and her instantly recognizable powerhouse voice has ignited multi-platinum smashes around the world, with hits such as “Want U Back,” “Oath”[feat. Becky G], and Demi Lovato’s “Really Don’t Care” in addition to 2011’s Sticks & Stones and 2014’s Sorry, I’m Late.

Fast forward to 2018, the 25-year-old is back and bolder than ever. With ‘None Of My Business’ marking her highly anticipated return to music, reminding fans she is sassier than ever and ready to take the reigns with this new chapter in her career.