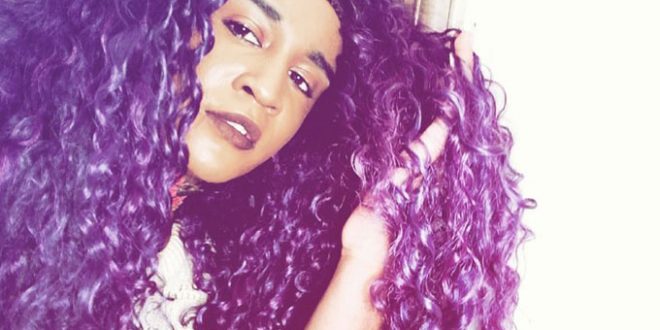 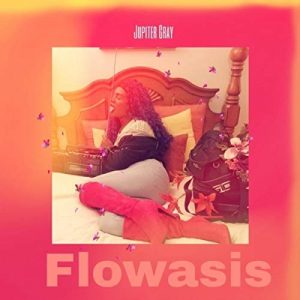 Jupiter Gray is an up-and-coming force in the LGBT community. Born and raised in Columbus, Ohio, Gray earns distinction as one of few notable transgender hip-hop artists, giving merit to an unfairly overshadowed scene within the genre. Her wealth of musical aptitude since teenhood has allowed her to persevere the trials and tribulations of this recent journey, thereby making the best of a new leaf turned. Gray’s latest music is in the form of an EP, Flowasis, her first release since officially transitioning.

Opening on “I AM a Woman,” Gray highlights the fickleness of societal tastes in a swift spoken word style. In this short but insightful track, she calls out those who dehumanize, yet objectify her in the same way, all the while trivializing her efforts despite underlying struggle and sacrifice. In doing so, regardless of the criticism she’s received, she aims to excel to the fullest in her own true skin. “W.T.F (Welcome To Flowasis),” the track to follow, serves as an extended introduction, retaining similar thematic elements in full-length song. Gray showcases a free-form approach to her vocal tonality over a piano sequence, and emits a somewhat psychedelic sensibility in the context of harmonies. The percussive angle, though slightly on the rough side, is widely engaging and does its part in complementing the vocals. Capping the first half of the EP is “Queen Pinnin,” which expands in the way of a more involved instrumental foundation. I appreciated how Gray included greater thematic perspective in terms of her formative years, showing anger for her initial circumstances on the surface, but through it all, a resounding drive. Given the combined stylistic and thematic approach, this definitely has the potential as a representative single for the EP.

From the latter half, “High Note” defines this section with a more distinct influence scope. Its placement on the EP feels natural and there was clear effort in making the song stand out, particularly in its beat, verbal flow, and general production quality. Both she and her featured guest, Kidd Misfit, sport commanding two types of commanding presence. Whereas Jupiter comes off cool and subdued, Kidd’s delivery is much more direct and outright, but they each blend nicely within the instrumentation. The penultimate track, “Trouble in Paradise,” continues to showcase Jupiter’s musical individuality, with a guest spot by Terrence Damien. Its beat gives off a rather nostalgic feel from the synth pads, with tinges of bittersweet longing for her now distant significant other. But while those sentiments account for what’s presented at face value, Gray demonstrates maturity in having found closure, and accepting her circumstances as they are. Conversely, the final track, “Runaway,” plays like an alternate ending of sorts. In keeping with the nostalgic tones. It seems to center on a continuing point of the previous song, where the two find themselves reunited. The twist occurs after a momentary lapse, wherein despite a largely positive feel, a sound of spitting is heard, followed by that of driving away, signifying a bitter means of moving on.

Overall, Flowasis is a solid debut for Jupiter Gray. Each song fits within her journey, making consistent natural highs out of otherwise perturbing lows, and maintaining that positivity in the process. The beats quickly progress toward more colorful and nuanced involvement, while wholly complementing her distinct timbre, cheeky humor, and thematic flow. I look forward to hearing how well her skills will eventually translate in a full-length album setting.

I come from a family who is passionate about all things music. I learned to sing at an early age, and by 13, had my very own Fender Strat guitar. I tried my hardest at learning all that I could. Because I was born with cerebral palsy, I had to teach myself an adaptive playing style. I learned to write and record my own music, despite these difficulties. In college, I started making great use of my writing abilities by reviewing music, as well as copy editing. I guess it's best to stick with what you know, while welcoming a fair challenge at the same time.
Previous Canadian rockers, ONE, release new album – ‘All or Nothing’
Next Live Review + Gallery: Doyle at The Gramercy Theatre in New York, NY on October 14, 2018