Home / News / Music Video / Canadian rockers, ONE, release new album – ‘All or Nothing’ 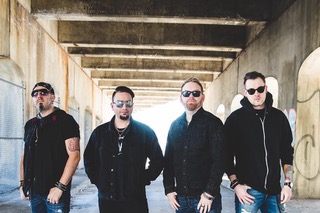 Canadian rockers, ONE, release new album – ‘All or Nothing’ 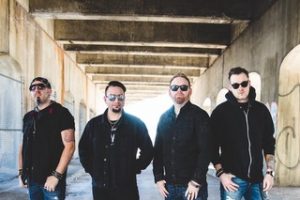 FOR IMMEDIATE RELEASE:
CANADIAN ROCKERS, ONE, RELEASE NEW ALBUM, ‘ALL OR NOTHING’
Fast-rising heavy rockers, One, had just unveiled their fourth studio album overall, ‘All or Nothing.’ The Montreal-based band – which is comprised of Danny Rossi (vocals), Chris Staniforth (guitars), Phil Hardy (bass), and Sean Pothier (drums) – returned to work with producer Kevin Jardine (Slaves On Dope, Darryl ‘DMC’ Mc Daniels), who has produced the bands last three albums.
“The band came in with some great songs, and we worked tirelessly to get them to the point that they sounded like you hear on the record,” says Jardine. “The band was open to expanding their songwriting and tones, to shape something that is very unique. There are not many times you get the chance to make a career record for a band, but this is definitely theirs.”
The single, “Am I Beautiful,” preceded the album’s release, for which a music video was filmed. “We just do what we feel is right in the moment” adds Staniforth. “We shot a video and put the song out there. The reaction was great, so we got everything ready and put out the album.” The “Am I Beautiful music video can be viewed here: https://www.youtube.com/watch?v=QWJ1FmjvZuk
To stream or purchase the new release, please visit: https://goo.gl/KdKsFt
And the music press is embracing the band, including The Portal Magazine (“’All or Nothing’ grabs its listeners by the neck and throws them around like a rag-doll from the top to the bottom of its track list”) and The Bucketlist Music Review (“It is blatantly obvious that One have their hearts set on playing big arena shows, and truthfully I feel they have the tools to make that a reality”).
‘All Or Nothing’ follows a lengthy tour behind the bands 3rd album, ‘Worlds Collide,’ which carried the band across the continental United States several times. “We love life on the road,” explains Staniforth. “But there reaches a point that you need some new music. It took way longer than we ever expected, however we are very pleased with the final product.”
And now, music fans will be able to confirm that the long wait was well-worth it, with the release of ‘All or Nothing.’
‘ALL OR NOTHING’ TRACKLIST:
1. Clawing At My Insides
2. Am I Beautiful
3. Down To The Wire
4. On My Way To Nowhere
5. What Are We Fighting For
6. All I’m After
7. Seventh Son
8. Annie
9. Undeniable
10. The Unknown
11. Last Goodbye
12. Suffocating Me
FOR MORE INFORMATION, PLEASE VISIT:
http://www.onerockband.com/
https://www.facebook.com/ONErockband/
https://www.instagram.com/onerockband/
https://twitter.com/onerockband 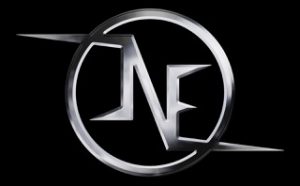 Photography is a passion of mine and I am blessed to be surrounded by Amazing Industry Photog Pro's
@modernpics
Previous Interview with KYNG at Aftershock 2018
Next EP Review: Jupiter Gray – Flowasis