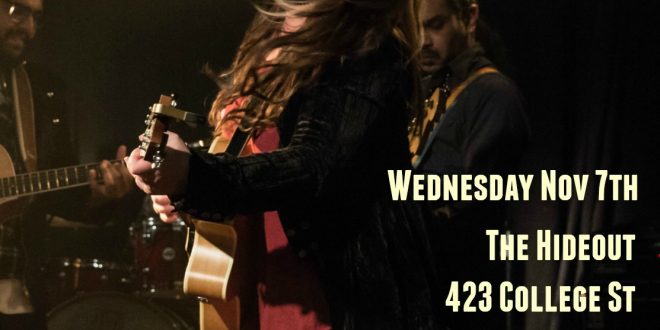 Across The Board will perform at The Hideout on November 7th, during Indie Week Canada 2018

Across The Board will perform at The Hideout in Toronto on Wednesday, November 7th as a First Round Pick for Indie Week Canada 2018.

TORONTO, ONTARIO, CANADA, October 20, 2018 — 2018 has been a banner year for Toronto-based pop rock band, Across The Board. They completed a successful Canadian tour, in support of their latest album, “Sonic Boom.” The title track from that album reached #4 on the iTunes rock chart. They have received multiple awards and critical praise, including an Outstanding Achievement Award from the Indie Music Hall of Fame and a Global Music Award. The band also travelled to Dollywood in September for the renowned Josie Music Awards. Earlier this month, Across The Board re-released their catalogue with AWAL-distributed, MTS Records, including their recent 3-song live set, “Live In Studio.”

Now, Across The Board is focusing their attention on their upcoming Indie Week Canada 2018 Showcase. The band will perform at The Hideout in Toronto on Wednesday, November 7th. This is the band’s second Indie Week Canada appearance, having debuted at Indie Week in 2017.

Across The Board is currently working on their fourth album, while they continue touring in 2018-2019.

Across The Board has over 500 music videos on Youtube and Facebook, and produces daily content including a musical vlog, their popular cover series “Pick Up & Play” now in its fifth season, a musical cooking show, acoustic jam show and a “Caravan Karaoke” series—collaborating with artists from across Canada locally and nationally as active producers and performers of independent musical content. They have taken the role of “rockers & vloggers” to new heights, with a both rapidly growing global fan base, and an increasingly diverse discography and videography for viewers, listeners and fans of this band of multi-instrumental diversely talented Canadian musicians.

Tags across the board band Canada indie week rock Toronto

Previous Northern Virginia Based Producer Sonam Sharma Is A Rising Star, Bringing An Eclectic Style Of Compositions Unseen In Recent Memory
Next Interview with GWAR at Aftershock 2018