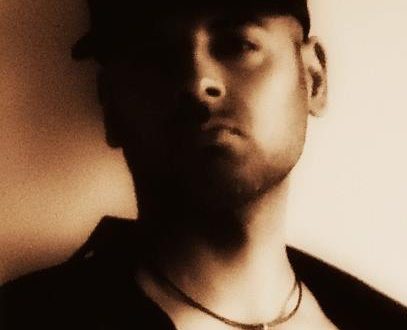 Northern Virginia Based Producer Sonam Sharma Is A Rising Star, Bringing An Eclectic Style Of Compositions Unseen In Recent Memory

When Sonam Sharma picked up his first musical instrument, a saxophone, while in middle school in Northern Virginia in the 90s, an interest in musical compositions was undoubtedly ignited. Playing through middle school as well as through his sophomore year in high school band, Sonam gained a keen insight into the world of music theory. An outstanding saxophone player, Sonam was the first place winner of multiple band competitions within his district as well as the state of Virginia. Shortly after graduating high school, Sonam began composing his own music with the help of musical instruments such as the Roland Dr. 202 Drum Machine, Roland XP 30 Synthesizer, Korg Triton Synthesizer, and many more musical instruments. These years set the grounds for a man who’s eclectic style of compositions are unseen in recent memory.

Throughout his life Sonam has derived his musical influences from a number of different artists and genres. As a first generation born son of Indian immigrants, his influences are far ranging. Artists such as AR Rahman, RD Burman, Kaskade, Deadmau5, Tony Anderson, and many more have shaped his musical style. It would be difficult to put his style into one box, and that is what makes Sonam a rising star in the world of electronica music. Between devoting his time to work, as well as his family and children, he continues to push the boundaries of what defines the genre.

In his new released EDM track “Fade” ft. the beautiful songstress AMB, Sonam produces and channels an alluring musical melody with angelic bells that rip right through the dance floor. 808 drums as well as a drum n bass beat provide the backdrop, while AMB provides dreamlike lyrics and vocals over infinite pads which will surely please your ear drums. The combination of Sonam Sharma and AMB will have you pressing repeat again and again for this track.

As a musical composer, Sonam Sharma has proven he has what it takes to break serious ground in electronica music. His eclectic style will undoubtedly keep your ears glued to the speakers, and he has set notice to Northern Virginia and the Indian community that a new producer is on the rise.

“Fade” ft. AMB is now available for purchase and download on Amazon Music, Google Play Music, Youtube Music, as well as I Tunes. It is available for streaming on Spotify, Pandora, Shazam, Deezer, Saavn, Soundcloud, and many more platforms. Be sure to check it out!

Stephen Vicino is the founder of MusicExistence.com. He created this site to give talented musicians a voice and a way to be discovered.
@@svicino
Previous R.W. Roldan – The Color Of – Official Music Video
Next Top 5 iTunes Rock Band Scheduled For Indie Week Showcase In Toronto