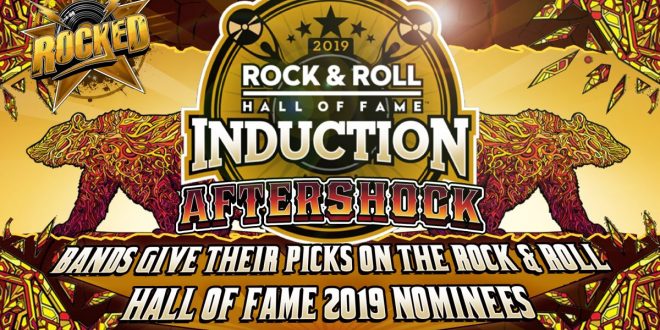 The 2019 Rock & Roll Hall Of Fame Induction Nominees have been posted.  Here is what some of the bands and artists at Aftershock have to say on who they want to get in.

The Rock and Roll Hall of Fame, located on the shore of Lake Erie in downtown Cleveland, Ohio, recognizes and archives the history of the best-known and most influential artists, producers, engineers, and other notable figures who have had some major influence on the development of rock and roll. The Rock and Roll Hall of Fame Foundation was established on April 20, 1983, by Atlantic Records founder and chairman Ahmet Ertegun. In 1986, Cleveland was chosen as the Hall of Fame’s permanent home.

I am an album reviewer, band interviewer, concert photographer. At least once a week I review a new album in the rock genre the week it comes out (anything from alternative to metal). Check out my site at www.rockedreviews.net and my twitter feed @rockedreviews"
@http://www.twitter.com/rockedreviews
Previous TRASH DEITY Release ‘Frantic Child / Cross & Divide’ Remix EP; Winner of Fan Album Art Contest Revealed
Next Underoath Announce ANBERLIN as Special Guest For 12/14 Tampa Arena Show