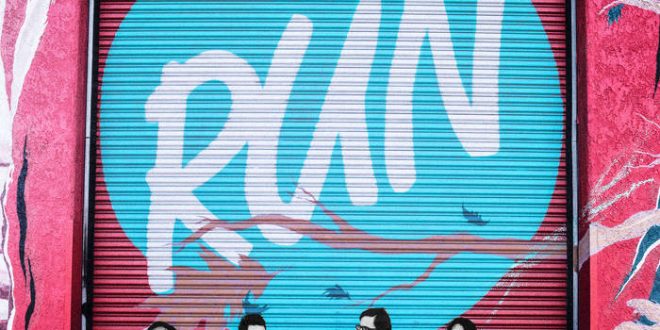 Rock n’ roll as we know it is changing. Gone are the bombastic overindulgences of the four and five-piece outfits of the 2000s. Replacing them are postmodernists with electric guitars and drum kits; artists who value individuality more than they do financial gains. Rock n’ roll is going somewhere it’s never gone before, and leading the way is Dangermaker, a four-man indie pop band from San Francisco whose new LP Run is shaking up the world this October. Dangermaker are making music for a generation of intellectual minds that require more than bells and whistles to satiate their lust for heavy music, and Run is possibly their magnum opus.

If you need proof that post-punk is alive and well in 2018, check out Run’s “Something More,” a swift, groove-laden slice of vintage surrealism filtered through modern audio decadence. This song was stuck in my head for a few days after first getting my hands on a pre-release copy of Run, and I’ve got to say it’s one of the more memorable tracks I’ve reviewed in the last five years. It’s highly stylized but very pop-friendly, accessible to casual fans but dexterous enough for audiophiles as well. Exclusively on its own strengths, it would make this album a worthy acquisition, but it’s not the only treasure to behold in Dangermaker’s latest effort.

Dangermaker utilize all of the space in their records and make sure not to include any songs that could be considered sub-par or lacking energy in the finished product. The total absence of filler makes Run a decidedly more fluid record than any of the other major LPs released in 2018, and though it wasn’t constructed as a concept piece it flows with the same progressive nuance that a rock opera would just the same. As unique and multifaceted as the dozen tracks that Run contains are, all of its material blends together with no one song overshadowing the others.

“Fantasy” inches close to Goth territory in certain places but backs off of the black and white rigidity of its main riff with a stunningly colorful chorus. I like that for as punkish as Dangermaker central aesthetic is, they aren’t self-righteous in any of their narratives, nor do they spend a lot of time trying to convince us that their sound is organic by intentionally leaving songs fragmented. Run is a very angular album, but it doesn’t come apart upon closer inspection of its framework. I’m intrigued to know how much time they spent in the studio mixing this record; from what I can tell, they must have spent countless hours refining every detail to get it to this amazingly opulent state.

You would be hard pressed to find an album more immaculately produced and exquisitely executed as Run anywhere in contemporary pop, and for those of us who enjoy loud, overwhelmingly physical music, this is exactly the record that 2018 needed in order to be complete. Dangermaker have spent the better part of the last ten years flying under the radar, but it’s going to be next to impossible to stop the freight train of momentum that this album has created for their brand moving forward. They’re heading in a great direction, and if they continue to produce records as gorgeous as this one, their good fortune has only just begun.

Previous Margie Singleton Proves That Older Makes You Bolder On “Heaven Or Hell”
Next Gallery: Nothing But Thieves at Newport Music Hall in Columbus, OH 10.09.18