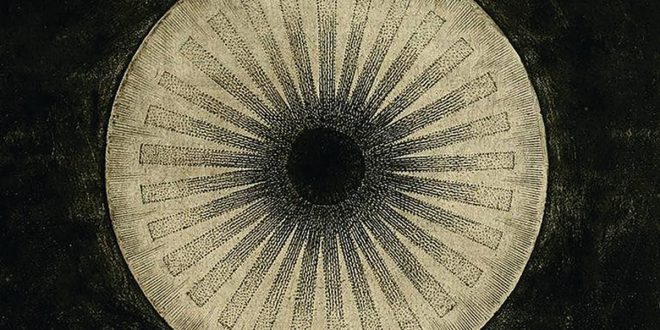 I love this band’s stylishness and musical taste. It’s easy to hear The Suborbitals’ new album Hey Oblivion!, their first in a dozen years, and recognize the depth of the musical talents underpinning this venture. Despite the obvious skill level sustaining the album’s thirteen songs, The Suborbitals never demonstrate need or desire to flash their virtuosic credentials and over-indulge their egos. Instead, the songs on this release are invariably cut to the bone, layered, but never cluttered or meandering. They accomplish that layered effect despite a relative death of instrumentation; The Suborbitals’ songs hinge on a few key musical parts, endlessly and imaginatively refurbished from track to track. Intensely human vocals and outstanding lyrics are two important factors in what makes the opener “Bone Tea” so instantly memorable.

It’s a song turning largely around the interplay of Ryan Masters’ voice, guitar, and Ben Herod’s saxophone playing. The inclusion of brass and woodwinds in the band’s music is a calling card of sorts and proves, once again, the endless flexibility of these instruments in popular music if you have the vision to use them well. They choose a stronger band approach with the album’s second song “Let’s Forget It For a While” and the tandem of drummer Gordon Strokes and bassist Heath Proskin are the core of the song. The eternal value of a sturdy rhythm section is well illustrated by their role in The Suborbitals, but they are creative players who hold the band’s foundation in place with imagination and rhythmic subtlety.

“Elemental” has a tight romping sound, Strokes’ near tribal stomp pushing things inexorably onward from the first with some muscular transitions along the way. It’s one of the best examples of the band playing assertively as an unit with the way they fall in virtual lockstep with each other. It’s impossible to forget the simmering thunder Heath Proskin brings on “Wise Blood”. His bass playing rumbles throughout the song and the hook lingers in my memory long after the song concludes, but Ben Herod’s saxophone playing punctuates the song with an important second “voice” counterpointing Masters’ own.

The title song will be a favorite for many and I do think it is among the album’s best. It starts off with some improbably cheerful scat singing given the song’s title and segues into a quasi-shuffle for its verses the Suborbitals inventively fracture and skew. The scat vocals return after a strong chorus. Fans of 90’s alternative music may hear some echoes of Morphine occasionally peeking through the band’s songwriting, particularly a song like this. The singer/songwriter side of the band’s musical character comes vividly through “Easy” and it’s one of the more dramatic acoustic dominated tunes on the album.

“Kultina” has a bright uplift and Herod’s melodic flute playing duets well with lightly hued guitar chords. Masters tempers the rockier aspects of his voice for songs of this type and proves how his voice, despite not being traditionally accomplished in its technical merits, is nonetheless tailor made for the band’s musical identity. They will turn more than a few heads and ears with the finale “Nevada Shoulder”, a ripping slice of electric guitar driven funk and Masters sounds positively exultant working in this style both as a player and singer. What a thrilling ride; I’d never heard of this band before Hey Oblivion! and can only hope I don’t have to wait another dozen years for another one.