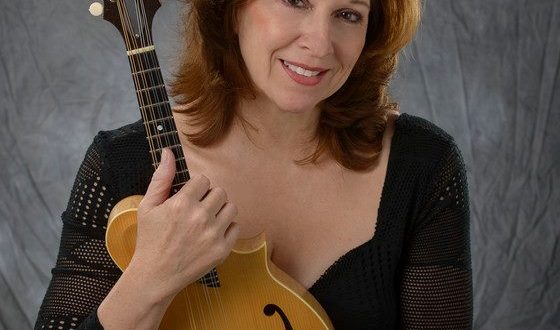 Cindy G doesn’t just prove that bluegrass is still a relevant superpower of a genre in her new record Moonshiner’s Daughter; she proves that music doesn’t have to be overdriven and saturated with fuzz to sonically move mountains. Written and recorded alongside producer Jim VanCleve, whose body of work needs no introduction, Moonshiner’s Daughter is bar none the most intricately compiled LP of 2018, and its September release sees it arriving in a period of the year that has traditionally been one of the most competitive. Despite a litany of exciting and intriguing new artists dotting the pop lexicon right now, I don’t think there’s an artist doing more for her genre and her scene than Cindy G is, and her new album pays tribute to all of the hard work and critical influences that made her the songwriting deity that she is now. As we learn in the title track, the road has been less than smooth and littered with a lot of broken dreams for Cindy and her fellow bluegrass disciples, but by the time Moonshiner’s Daughter comes to a conclusion, we see just how far a person can go when they believe in themselves and the culture that made them.

Cultivated in the “Pennsylvania Dirt” that she discusses with imagistic enthusiasm in Moonshiner’s Daughter, Cindy G’s sound is an amalgamation of classic bluegrass, modern country, melodic folk, roots rock and R&B. If this combination seems like a strange one, perhaps it would help to know that Cindy’s thirty year-plus background in music has included stints in soul crews and rock bands the same, with no two chapters of her story having much in common other than their chronicling her ongoing relationship with music. “Heiress,” “More Good Looking on You,” “The Forgotten” and “Wait on Your Love” together could have made an extended play that would have outsold even the biggest names in Nashville this year, but alongside “Love Train” and “The Drive” they feel much more impactful, even provocative. It takes a wide range of sounds to make a really comprehensive album that can stand the test of time, and through Moonshiner’s Daughter Cindy G and producer Jim VanCleve essentially put on a masterclass.

I’ve never been the biggest bluegrass fan in the world – or for that matter its parent genre country music – but Cindy G’s charming way of singing with as much ferocity as the string players behind her is impossible not to fall in love with. I could break down the mechanics of all the songs on Moonshiner’s Daughter and compare her approach to every other singer/songwriter actively recording Americana-tinged music today, but to compare a composer of her caliber to anyone else wouldn’t just be unfair to her; it would be unfair to her competition. She’s in a class of her own, and although she’s ably backed by one of the most kinetic band of musicians I’ve listened to in a long time, there’s never any question whose album (and frankly, whose scene) this is. Simply put: Cindy G is on top of the world right now.

Single Review: Karma “Hold On Me”

A good producer makes a lot of difference in any song, but in a song …