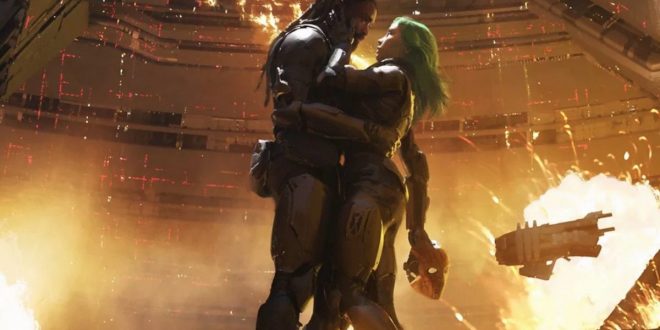 A review on the next chapter of The Amory Wars: Vaxis – Act 1: The Unheavenly Creatures by Coheed and Cambria.

Overall, Vaxis – Act I: The Unheavenly Creatures is a wild story that will add to the never-ending Amory Wars, but it leaves you wanting so much more in the music to go along with the new characters and plot. Long time Coheed fans will be fine with this but for people ready to jump into the space opera, you might want to go back a few lightyears and listen to some of the better entries from Coheed and Cambria.

I am an album reviewer, band interviewer, concert photographer. At least once a week I review a new album in the rock genre the week it comes out (anything from alternative to metal). Check out my site at www.rockedreviews.net and my twitter feed @rockedreviews"
@http://www.twitter.com/rockedreviews
Previous Album Review: JØUR – Chiaroscuro
Next Gallery: Hippo Campus at The Riviera Theatre in Chicago, Il 10.06.18