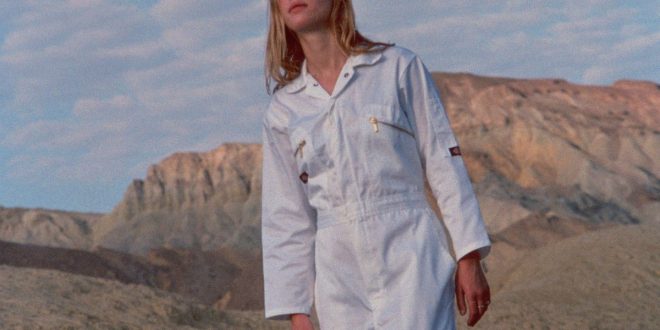 The Japanese House has announced her much anticipated return to music with the brand new single “Lilo” out now via Dirty Hit/interscope Records.

Describing the creation of the serene synth-pop track, The Japanese House explains it was inspired by one of her best friends encouraging her to begin a new relationship that turned out to be “everything I needed.” “Lilo,” she continues, is about “how, to me, her every moment – paired with her approach for life – seemed as serene as the image of a lilo floating across the swimming pool… it is a reminder to me that I am good at falling in love and I can survive falling out of it. I’m good at falling.”

The Japanese House, otherwise known as Amber Bain, has to date released four acclaimed Eps via Dirty Hit/Interscope Records: Pools To Bathe In (2015), Clean (2015), Swimming Against The Tide (2016) and her latest release, Saw You In A Dream (2017).

With “melancholic melodies” that create “an amalgamation of The xx and Wet” (V Magazine) Bain “hits the invisible and shifting target of hype that so many artists, even with money, readily miss (Consequence of Sound). Adored by both critics and fans for their “tender and textured songs” that are “atmospheric, lofty, and soothing,” (Nylon) The Japanese House has played in arenas across the UK, gathered nearly 90 million streams on Spotify, and found herself landing a spot on the prestigious BBC Sound of 2017 Longlist.