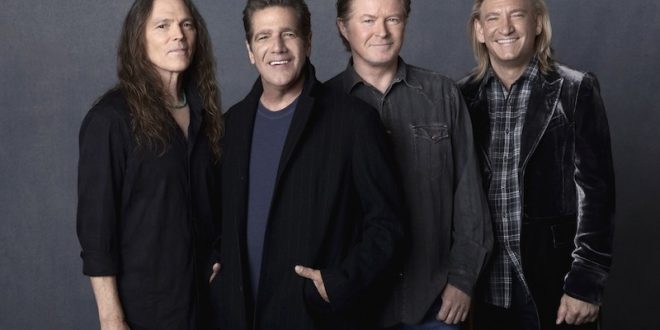 San Diegans were treated to two-and-a-half hours of rock royalty this month, as the Eagles flew into town at Petco Park. It was the iconic band’s first appearance in San Diego for four years and the first without frontman, Glenn Frey, who passed away in January 2016 aged just 67. Alongside fellow member, Don Henley, Frey wrote most of the Eagles’ material and was a huge presence in the band both on stage and behind the scenes.

Nevertheless, it was heartening to see the Eagles perform a string of number-one hits to a sold-out crowd of almost 42,000 fans at Petco Park. It was almost as if the band had a newfound identity, with the raft of young talent drafted in to augment Don Henley. Despite the passing of Frey almost three years ago, Henley has successfully managed to ensure his memory lives on with the new-look setup that headlined the Classic East and Classic West events in Los Angeles and New York last summer.

Even though the band only features one original member, Henley has skilfully filled the shoes of those late stars. Glenn Frey’s son, Deacon, provides the Frey ‘family blood’ that Don Henley believes the band simply wouldn’t work without. Glenn Frey was the heartbeat and frontman of the Eagles’ best material. His personality came to the fore off-stage as well as on it. Even in the unglamorous side of the rock business in between gigs, Frey and his pals would engage in marathon sessions of ‘Eagle Poker’ to pass the time on tour.

This concert left fans in no doubt that the Eagles’ back catalogue remains as current and relevant today as it was 30 years ago. As the new-look band took to the Petco Park stage, the group rattled through their opening six songs, five of the first six tracks featuring in the Eagles’ Greatest Hits 1971-1975 collection. In fact, only one song – ‘Best of My Love’ – failed to feature from that compilation in their Petco Park setlist.

Huge respect must go to Frey’s 25-year-old son, Deacon, who was recruited by Henley after changing his mind about retiring the band in the wake of Glenn’s passing. Deacon’s vocals were on point throughout, even adding a new dimension of vim and vigour to the group’s sound. It was also great to see the arrival of country music icon, Vince Gill, to proceedings. During the band’s introductions to the crowd, Gill called himself the Eagles’ “61-year-old new guy”.

The flawless guitar action from Gill and the next-generation dynamism from Deacon Frey appeared to reinvigorate Henley too, with a string of the classics given a refreshing revamp. A five-piece brass section appeared on stage for ‘Witchy Woman’ – the second single from the band’s debut album in 1972 – to add some much-needed pep in its step. Furthermore, previously tired ballads such as ‘Lyin’ Eyes’ and ‘Tequila Sunrise’ were also revitalised by the new-look group’s array of harmonic vocal support.

Of course, the Eagles’ three-song encore included a raucous rendition of ‘Hotel California’, which has been and will always be the most famous recording by the band. ‘Desperado’ provided the ideal finale, with all 41,941 spectators on their feet at this point to take part in a stadium-wide sing-a-long. For sure, this was 150 minutes of classic, spine-tingling rock. The re-animated and expanded band has breathed new life into the group and given life-long fans hope that the Eagles will continue to soar to a stadium near you in the years ahead.

With the San Diego Padres playing away from Petco Park, the weekend gave the stadium the ideal opportunity to host a double-header of classic rock action. The day after the Eagles’ triumphant return, San Diegans were also treated to a show from Def Leppard and Journey. Between them, they delivered a second pulsating night of high-energy rock. Petco Park welcomed more than 70,000 people through its gates over the two shows, with more A-list acts sure to feature here soon.

Stephen Vicino is the founder of MusicExistence.com. He created this site to give talented musicians a voice and a way to be discovered.
@@svicino
Previous WORLD PREMIERE LIVE VIDEO! Across The Board “It Shouldn’t Be This Hard” Live Off The Floor
Next Gallery: Halestorm at the O2 Apollo Manchester 26.09.2018 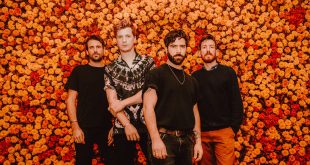