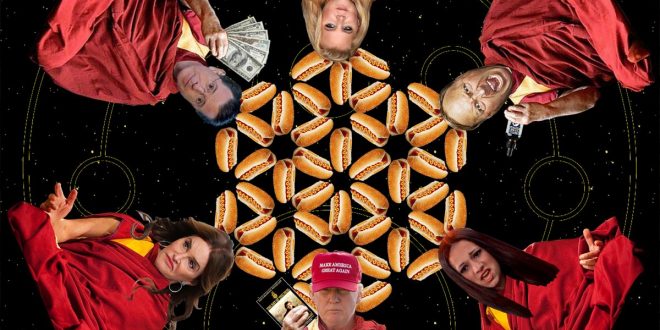 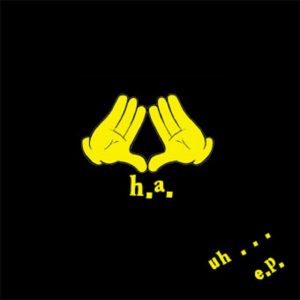 The Hunger Artist have dropped a three-song EP entitled Uh . . . that’s quirky, jangly alt punk with some hard-hitting, well-thought-out and constructed lyrics.  The first two tracks on Uh . . ., “Gotta Live A Life” and “I Kno! I Don’t Kno,” were recorded by Rich Veltrop (Ozzy Osbourne, Rage Against the Machine, System of a Down) and Glenn Sawyer at the Spot Studios. The third track, “Darling Please,” was recorded by Jason Livermore (Rise Against, AUTHORITY ZERO, NOFX) at the legendary Blasting Room Studios, which is owned by Bill Stevenson of the Descendents and Black Flag.

The lead song, “Gotta Live A Life,” starts with a nice hook before the real party kicks in.  The lyrics present a story about how everyone is drinking the Kool Aid and nobody is really trying to stop us: gotta live a life of numbers, measurements and calculations / kneeling down to build up value /  time’s spent to box us in. “Gotta Live A Life” is also the first music video off of the EP and it stars the wackaloon punk rocker Little Fyodor as a Jim Jones type character.

“I Kno! I Don’t Kno” has an excellent guitar tone almost like old school Gang of Four without the fuzz effects.  This is a song of dichotomies with the music being hooky and happy and the lyrics addressing the current confusion, despair, and anger in the world, before ending in a total breakdown: should i get up on the cross? / should i lay down and just watch? / make a profit, start to preach? / should i believe in anything?

The EP closes with the ballad “Darling Please.” Much like “I Kno! I Don’t Kno,” the song could be one big happy fest, but it appears vocalist Travis Moor doesn’t write any upbeat lyrics. Although the tone is good and pleases the ears, this is one depressing song: darling won’t you please not train me, drain me /  beat me up or slow me down”

I very much enjoyed this EP, but it could have been longer with a couple more songs to fill it out and give the listener a better idea of HA’s stylistic range.  I’m looking forward to the next The Hunger Artist release.