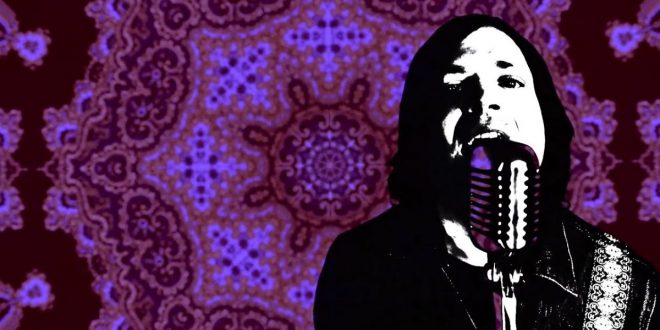 Oberon Rose blend old and new on “No Stranger”

Some critics will probably take to calling them a retro band, but in their new video for “No Stranger” all-American rockers Oberon Rose establish themselves as the most defiantly organic group of this generation of broad experimentalists. Visually stimulating and highly reflective of the band’s cerebral psychedelia, “No Stranger” might be a little old school in its design but it’s very much a product of 21st century modernism at its most flowing and conceptual. Released in September in support of the band’s new record Tell Me All About It, Oberon Rose appear ready to take their music to the next level and crush the primetime audience like no other group of their peer group can – and it couldn’t be at a more important time.

“No Stranger” lurks around in the darkness cast in the foreground of Oberon Rose’s ultra-bright spotlight, but its mischievousness isn’t as threatening upon closer examination. At the root of this composition is actually a freewheeling folk song that could have been presented to us a number of different ways; in this form we’re able to appreciate the electrified qualities that the band is capable of. I have to wonder if perhaps when they take this one out on the road with them they’ll treat us to yet another incarnation.

There’s a rich, almost post-punk surrealism to Oberon Rose’s pragmatic sound and it’s far more rigid and raw than anything that their British counterparts are conjuring up these days. The way I see it, “No Stranger” is going to do really well in Europe before it makes a strong impact in the band’s native United States, and while it will certainly rouse international listeners with its exotic beat, it’s also going to make some new industrial enemies for the band. But maybe right now that’s what we need – after all, a little competition never hurt the creative universe.

Oberon Rose’s sophomore album is going to become an even bigger hit over the next year as “No Stranger” craters the indie community with its awesome accompanying video, and if the band continues to make music this addictively thought provoking then it’s going to be impossible to keep their sound out of the mainstream. Rock has been getting a little stagnant as of late, and no one seems to be playing with the intensity these guys are. I don’t know if they’re motivated by the big dollars they’re about to come into, but when you’re making music as catchy as this you deserve to reap the rewards.

One part abstract avant-garde pop and another vintage garage rock, “No Stranger” is a song that fans of almost any genre of music will find to be intellectually and sonically stimulating on all counts. If you haven’t already heard their work, I’d recommend getting ahold of as much of Oberon Rose’s discography as possible prior to hearing this song just to get a little bit of context. They’re a growing and developing young band, and based on the tremendous progress they’ve already made, it would appear they’ve only just begun.