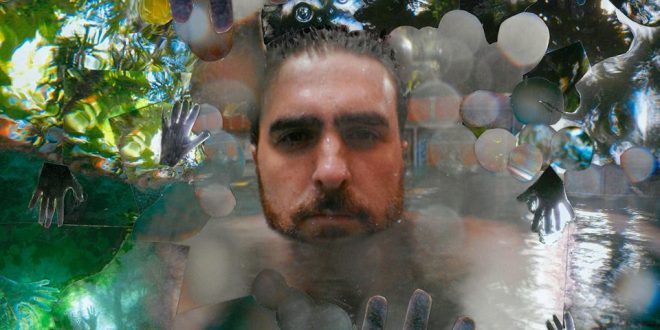 After releasing three singles earlier this year, Matthew De Ver will finally be delivering his full-length debut album, Surface Tension (A Tincture for Integrating Shadow), September 21st. This 12-track album elegantly displays the breadth of De Ver’s musicianship and songwriting abilities as he explores the struggles of his adolescent years in pursuit of processing the events. His songs delve into his grief over losing his father, writer/poet/singer-songwriter Shel Silverstein, at the young age of 15 and witnessing his mother struggle with alcoholism and her eventual recovery.

Surface Tension doesn’t conform to any one specific genre, rather a seamless blend of jazz, downtempo, neo-soul, and rap with a tinge of indie rock elements. De Ver’s blend of spoken word, rapping, and smooth vocal melodies keeps the album cohesive over the eclectic musical styles. The album kicks off with his most recent single, “The Climb”, which gives listeners a taste of the chill, downtempo synths signature to De Ver’s sound.

Tracks like “The Gift” and “Blood On The Snow” contrast the album’s synth-funk beginning featuring De Ver’s alluring spoken word/rap hybrid over an ambient sonic landscape. Standout tracks include “Up to Get Air”, “Quicksand”, and “Black Bile”. “Up to Get Air” starts off with a jazz vibe but builds up a soft indie rock vibe when the drums kick in and De Ver’s soulful melodies dance around the rhythmic swing of the track.

“Quicksand” is a mellow jazz/neo-soul fusion featuring a fuzzy, distorted bass and series of atmospheric synths that carry Matt’s gentle melodies fluidly throughout the track. The intro to “Black Bile” features a call and response section between a choir harmonizing a simple melodic phrase and De Ver’s tender vocal. “Black Bile” synthesizes De Ver’s knack for soulful melodies and intricate lyrics flawlessly to create a harmonious singing/rapping style. For his debut, De Ver released an impressive selection of songs and we look forward to hearing the next snapshot from his life!

Stephen Vicino is the founder of MusicExistence.com. He created this site to give talented musicians a voice and a way to be discovered.
@@svicino
Previous DawgGonDavis’ is ON-FIYA’
Next Louder Than Life Announces Daily Schedules + More