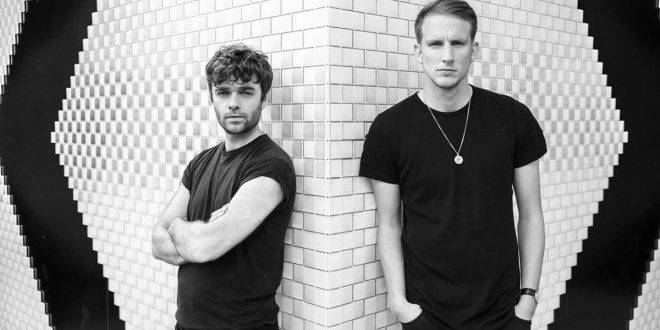 ‘Young Blood’ is the brand new single from Manchester indie band Demons Of Ruby Mae’s self-titled debut album (set for release on October 26th). In their own words, the track “is about taking a chance on love when you’re young and have nothing to lose.” Bringing together both the more electronic sounds they use in the shape of synths and beats and the instantly memorable vocal hooks this track showcases the breadth of the album.

The Leicester-born musicians Jonny Gavin and Adam Rowley write about their personal experiences, and those of people they’ve met along the way. Moving to Manchester immersed them in its thriving music scene, opening them up to new ideas. However, it was heading to Paris to write their debut album with Grammy, Brit and Ivor Novello-winning James Sanger, whose previous work with acts such as Faithless and Brian Eno that opened up a new dimension to Demons Of Ruby Mae’s sound. Production came from Dan Willett at Univibe in Birmingham.

Having just signed North American and European label deals with Anti Fragile Records and Long Branch Records respectively this single sees the band at their most momentous since first appearing on the indie scene a couple of years ago.

‘Young Blood’ is available everywhere September 14th 2018 and you can see the band across the UK during their October and November tour.