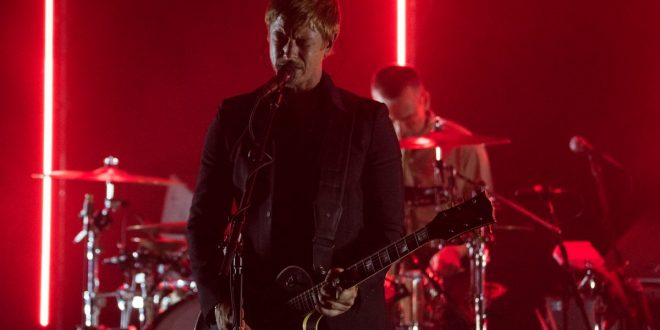 Editor’s note: Post-punk revivalists Interpol rolled into Boston, MA last night where a sea of fans in New Order and The Cure t-shirts awaited them at the city’s famed Orpheum Theatre. The Manhattan-based band recently celebrated the release of their sixth studio album, Marauder. Which debuted at number 23 on the Billboard 200. By this point in their careers Interpol have the post-punk image down, watching their show on Tuesday was like time traveling to a London underground club in the 1980’s. The group played a career spanning set mixing tracks from the new album with earlier hits. Check out photos from the show below.

Find out where you can see Interpol on tour and purchase tickets by clicking HERE.