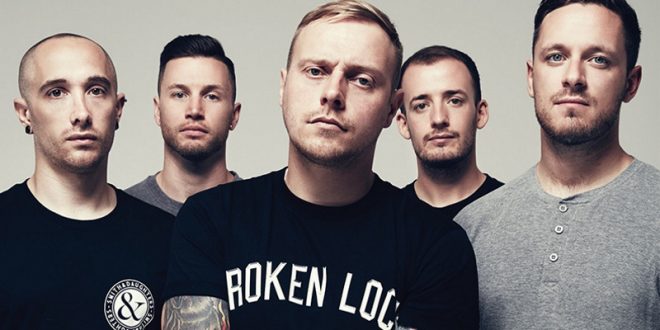 So if you haven’t heard, Brighton, England metalcore natives Architects have dropped a brand new single “Hereafter” to accompany their highly anticipated stand-alone singe “Doomsday” which was released just over a year ago!

The new banger that the heavy-hitters dropped earlier today seems to focus on some issues in life; I gathered from the lyrical content of the track with lyrics such as ‘ I’m fighting with broken bones’ and ‘I’ve spent my fair share in the deepest depths of despair’. Would it really be much of an Architects track without those signature “BLEGH’s!” that front-man Sam Carter does so well? Fear not! There’s of course one or two of them with some beefy breakdowns to dig your teeth into!

Both “Doomsday” and “Thereafter”  are both going to be a part of the band’s eighth album Holy Hell, out November 9th via Epitaph Records which is available for pre-order now!

Holy Hell is the first full-length album that the band will release since the passing of guitarist and writer Tom Searle. Tom’s brother, the band’s drummer Dan, said this after the passing ‘Ultimately there are two choices. Feel sorry for yourself and believe the world to be a horrible place and let it defeat you, or let it inspire us to live the life that Tom would have wanted us to live’. It seems that they’re taking their wisest choice and going ahead with what Tom would’ve wanted them to do, carry on and release exceptional material in his honour.

As well as all this exciting news, the lad’s have also announced their biggest headline tour to date travelling through the UK and stopping off in Europe afterwards where they will be joined by Beartooth, who also have a greatly anticipated album this year Disease and Australian metal heads Polaris.

Tickets go on sale this Friday (September 14) at 9am and you can get your tickets by clicking here.

Get your album pre-orders by clicking here.

Check out the incredibly directed music video for their new single below.