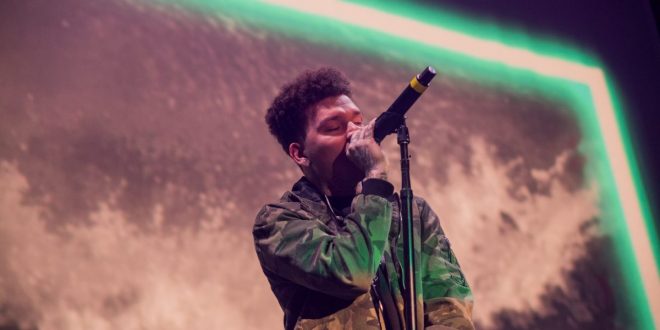 Love Is Hell arrives in tandem with Phora’s full-scale North American, Love Is Hell Tour. The tour kicks off on October 10 in Seattle, WA and hits major markets around the West Coast and the Pacific Northwest before concluding at Warehouse Live in Houston, TX on November 2nd. Check out the full itinerary below. Get tickets HERE.

“Love Is Hell” is PHORA’S second release on Warner Bros. Records—arriving on October 5th in tandem with a full-scale North American tour. PHORA continues his rise to mainstream prominence yet again.

Just under the radar, PHORA incited a movement that quietly infiltrated the mainstream. Kicking off his career in 2012, he laid the groundwork for this breakout with five independent albums—Still A Kid, One Life To Live, Sincerely Yours, Angels with Broken Wings, and With Love—before releasing his major label debut, Yours Truly Forever, on Warner Bros. Records in 2017. It notably marked the artist’s second consecutive #1 on the iTunes Top Hip-Hop/Rap Albums chart.

With over 170 million cumulative YouTube views to date, PHORA regularly averages 1 million-plus monthly listeners on Spotify as anthems such as “To The Moon” remain fan favorites. Along the way, he has garnered acclaim from Forbes, Los Angeles Times, and more in addition to consistently selling out headline tours. PHORA’s 2018 mixtape and second release for Warner Bros. Records, Love Is Hell, sees the movement reach another level altogether.