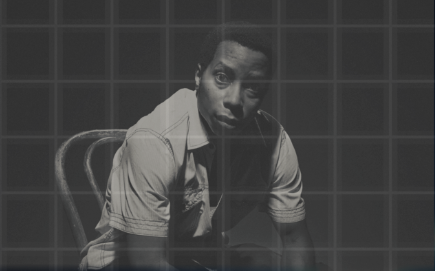 Devine Score focuses on music composition as its company niche. Founded in 2015 by Zac Settles, the organization headed straight for the entertainment industry, using music to tell stories from within their marketing and promotional efforts. They have since composed scores for two feature films, as well as numerous short films. Due to this success, Settles now has another solid offering under his belt – a debut EP, Pinnacle, under the Devine Score moniker, released back in July.

The EP begins on “Meridian,” an interlude with a progressively unraveling factor of grandness. Upon the hit of the bell, a spacious arrangement of horns provides the allusion to a battle on the horizon. Its swift, yet patient implementation is done reasonably well, setting the tone for subsequent pacing on the tracks to follow. “Unrelenting” serves as the EP’s representative single, and with good reason. Its rousing nature is sufficiently bolstered by the prowess of brass instruments, as well as the constant, rolling tribal percussion. The song’s upright phase takes effect at 1:15, each snare strike accentuated by a sustained reverb hall. As the lead melody continues, the nuances from the backing instrumentation factor in and increase its resonance. Toward the end of the track, the surface synths maintain their prominence, while the percussion calms to a faint, yet militant fade. Capping the EP’s initial half is “Radiance of Star,” a chilling, ballad-esque number. Instantly, it suggests imagery of a rekindled flame, multiple spectral colors comprising its structure. Once the drum rhythm begins, I noted a throwback to 80s gothic rock, color intact. I especially appreciated how the song’s halfway section was utilized, as its orchestral elements, which can prove difficult to emphasize individually, were carefully balanced in the context of the mix.

On the latter half of the EP, “Midnight Allure” somehow brings the essence of its cover art to life. With each arrangement that forms, I envisioned a strange – and indeed, alluring – pattern of light within a midnight sky. The operatic vocals add an eerie touch, like that of recently departed souls freely floating about. As that atmosphere subsides, the once airy piano melody assumes a more straight-ahead approach. The string arrangement that follows is a subtle, but sufficient element in the song’s pace, and works on equal ground with its faint percussion. For the penultimate title track, that momentum increases to an energetic stance, with a harpsichord sequence adding a refreshing contrast to the other instrumentation. The final track, “Sonoran March,” took me by pleasant surprise. Where as previous tracks had the advantage of an open field in terms of song length, this one takes its time despite its limitation. Following the song’s tribal base, the remaining instrumentation gradually accumulates from minimal to grand in an epic upswing. Once the tracks intensity is punctuated by overdriven guitar strikes, the song ends on a smooth, and ultimately, tranquil note.

Overall, Devine Score’s Pinnacle EP is as much promising as it is practical. Given Setters’ previous success with soundtrack-based endeavors, there’s no doubt regarding the competence of its turnout. Although a majority of the songs contain a relatively streamlined length, each one contains expansive imagination and charm, reminiscent of well-known adventure games from years past. I look forward to seeing how Settles’ scope of ideas will translate in a full-length album.

I come from a family who is passionate about all things music. I learned to sing at an early age, and by 13, had my very own Fender Strat guitar. I tried my hardest at learning all that I could. Because I was born with cerebral palsy, I had to teach myself an adaptive playing style. I learned to write and record my own music, despite these difficulties. In college, I started making great use of my writing abilities by reviewing music, as well as copy editing. I guess it's best to stick with what you know, while welcoming a fair challenge at the same time.
Previous Norm Brunet Releases LP
Next Gallery: Steel Panther at House of Blues in Las Vegas, NV 07/27/18