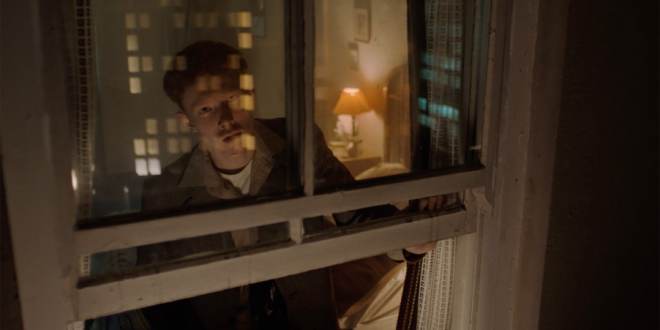 King Krule takes you to “Biscuit Town” in new video

Earlier this week, King Krule released a new music video for “Biscuit Town,” the opening track from his Mercury Prize nominated album The OOZ. The video comes as the first of a three-part collaboration with WeTransfer, which sees King Krule discussing the creative process with each video’s director, hosted on their WePresent platform.

Directed by friends and long-term collaborators cc. Wade (aka Michael and Paraic Morrissey), the video sees King Krule (aka Archy Marshall) inhabiting his own noir “Biscuit Town” — waking up and retracing his footsteps through the city, piecing together the remnants of a hazy, half-remembered night before. A reflection of his futuristic, jazz-inflected, film-inspired sound, the video serves to compliment the warm, dreamlike quality of “Biscuit Town.”

King Krule’s second LP The OOZ was released in October last year to wide spread critical acclaim, and follows on from 2013’s also critically lauded album Six Feet Beneath the Moon. In the interim, Archy Marshall also released A New Place 2 Drown, a collaborative multimedia projects with his brother, Jack.

Still only 23 years-old, Archy Marshall has created his own immersive universe to inhabit. Watch the video here and step in to King Krule’s “Biscuit Town.”