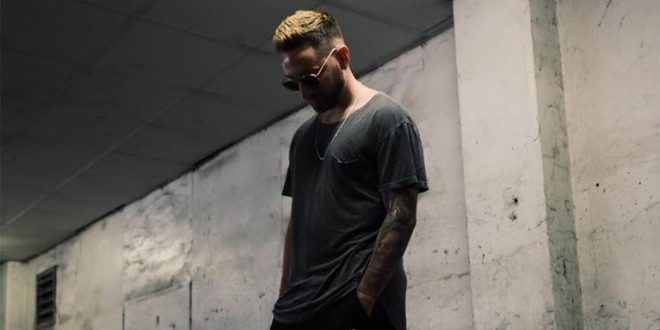 Just two years on the hip hop scene, Gage Tielr is steadily earning recognition as an up-and-coming talent. The Worcester, Massachusetts rapper’s two recent self-released singles, “Flight” and “Emblem,” have generated modest positive response, with the latter garnering the most prominence thus far. Both singles are to be included in Tielr’s debut EP, With Love, which is slated for release in September.

As it should be, “Emblem” does its job as With Love’s carrier single. By its foundation of classic jazz-inspired samples, Tielr conveys a carefree attitude, cemented by an accumulated effort despite a large presence of cynics. In doing so, he strives to plant a visual tag to signify an undeterred success. The song’s accompanying video also works in expanding on this concept, adding a humorous and, to an extent, humbler touch on his newfound outlook. Given what’s currently on offer, I look forward to listening to how Tielr can further flesh out these aspects on his forthcoming release.

I come from a family who is passionate about all things music. I learned to sing at an early age, and by 13, had my very own Fender Strat guitar. I tried my hardest at learning all that I could. Because I was born with cerebral palsy, I had to teach myself an adaptive playing style. I learned to write and record my own music, despite these difficulties. In college, I started making great use of my writing abilities by reviewing music, as well as copy editing. I guess it's best to stick with what you know, while welcoming a fair challenge at the same time.
Previous Gallery: Deafheaven + Drab Majesty + Uniform at Wonder Ballroom in Portland, OR 08.12.2018
Next Top 10 WORST Cover Songs In Rock