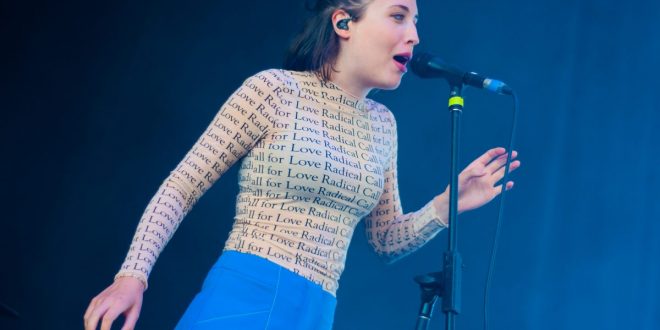 On Monday, Alice Merton played the nationally-syndicated morning talk show Live with Kelly and Ryan. Alice’s new hit song “Lash Out” has recently broken into the AAA Top-10 coming in at #9 and is also working its way up the alt-radio charts officially debuting in the top 15. She also recently announced a run of fall tour dates. It will be her first headlining tour since last fall. In May she shared the video for “Lash Out”. The video was co-directed by Max Nadolny & Jonas Stark, and was shot between Berlin and South Africa. The track is included on her ‘No Roots’ EP, which also features the hit title track along with three other brand new tracks. Her previous single “No Roots” held #1 for 2 consecutive weeks at alternative radio, held it for 8 weeks in Canada, and reached #1 on the AAA charts 5 weeks in a row. She also cracked the Top 30 on the pop charts (#26), the Top 15 on Hot AC (#13) and entered The Billboard Hot 100. The hit single is also synced in a Mini Cooper commercial that will be running on TV/Radio through the summer and is the 4th most shazamed song of 2018. Alice recently returned to primetime television on 5/9 performing on ‘The Late Late Show With James Corden’. This comes just months after her primetime debut on “The Tonight Show Starring Jimmy Fallon”. She has been featured in Rolling Stone’s “One To Watch” as well as Billboard’s ‘Chartbreaker’ section which has previously featured artists such as Cardi B & Khalid. Alice just wrapped up a major U.S. tour with Vance Joy. Her single “No Roots” has already captured an immense amount of attention with over 250 million global plays.