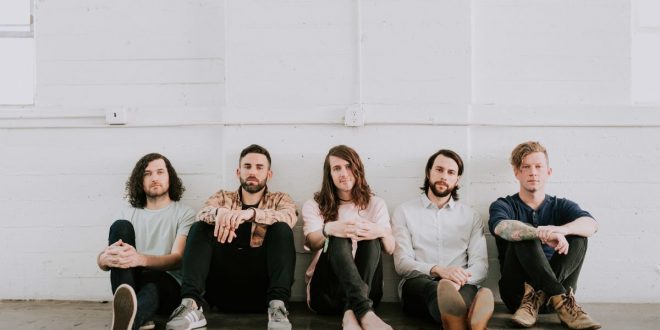 Alt-rock mainstay Mayday Parade is thrilled to announce the Welcome To Sunnyland Tour, the first North American headlining run in support of the recently released LP Sunnyland, out now via Rise Records. Kicking off with a hometown show in Tallahassee, FL on October 2nd, the tour will feature support from This Wild Life, William Ryan Key (formerly of Yellowcard), and Oh, Weatherly,hitting most major markets before wrapping on November 24th. VIP packages are on sale beginning tomorrow, August 8th at 10AM local time with general on sale beginning Friday, August 10th at 10AM local time via http://maydayparade.com/tour.

Sunnyland was released on June 15th, 2018 via Rise Records and is the band’s sixth studio album, taking its name from an abandoned hospital where the band – Derek Sanders(vocals), Jeremy Lenzo (bass), Alex Garcia (guitar), Brooks Betts (guitar), JakeBundrick (drums) – used to sneak in to explore as teenagers. The album debuted at #7 and#9 on Billboard’s Alternative and Independent Albums charts, respectively.

Recorded with longtime producers Zack Odom and Kenneth Mount with additional production from Grammy-nominated producer John Feldmann (blink-182, Panic! At the Disco) and Howard Benson (Of Mice & Men, My Chemical Romance), Sunnylandmarks one of the most prolific creative periods in Mayday Parade’s decade-plus history – all five members contributed songwriting with upwards of 80 songs coming out of the album’s writing sessions. Ranging from punk fury to folk-tinged ballads, meditations on love and loss to anger over the 2016 election, the 13 songs that made the cut for Sunnyland are among the band’s finest to date.

Earlier this month, the band wrapped up a headlining slot on this summer’s final nationwide Van’s Warped Tour, which they have headlined several times. Road warriors in the truest sense, Mayday Parade have played thousands of shows and festivals including Riot Fest, Slam Dunk, and Soundwave globally, translating into an incredibly devoted worldwide following and over 1.1 million albums sold.

Mayday Parade is thrilled to bring Sunnyland on the road this fall. For full dates, see below and for tickets and the most up to date information, please visit www.maydayparade.com.