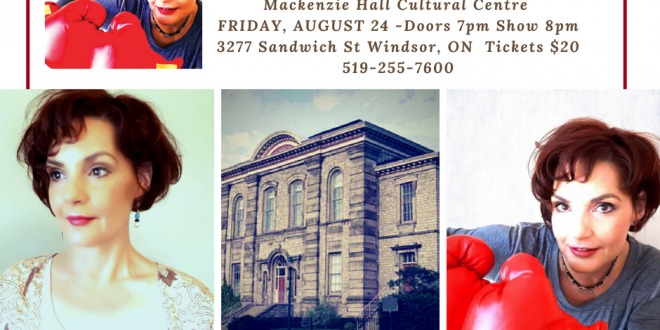 Canadian singer-songwriter Tia McGraff has announced her CD release party “Stubborn In My Blood.” The event will take place August 24, 2018 in Windsor, Ontario.

“Tia McGraff and Tommy Parham continue proving they are one of the best creative duos working today with the release of ‘Stubborn in My Blood,’ … It’s a deep feeling and thoughtful album full of the heart and tears defining our lives.” – Mindy McCall, NoDepression.com

“McGraff remains as resolutely committed to following her Muse as ever before, and we can look forward to high quality albums like this for some time to come. She’s getting better and going deeper each time out.” – Michael Crowder, Vents Magazine

With the upcoming August 13, 2018 release of her new album, “Stubborn In My Blood” approaching, Award-winning Canadian americana singer-songwriter and author, Tia McGraff has announced details for her CD release party. The event will take place on Friday, August 24th, 2018 at Mackenzie Hall Cultural Centre, located at 3277 Sandwich Street West in Windsor, Ontario Canada (only 10 minutes from Detroit, MI.) Doors will open at 7pm, with an 8pm performance by McGraff. Tickets are available at the door, or by calling the box office at (519) 255-7600.

Hailing from just south of Toronto, Ontario Canada, Tia McGraff is an internationally-renowned, award-winning americana/singer-songwriter and children’s author. Accompanying Tia on her musical journey is her life/musical partner, Tommy Parham. Described as a “Modern Day Johnny and June,” the two have enjoyed an extensive career performing, songwriting and recording together for more than 12 years.

“Stubborn In My Blood” was produced by McGraff and Parham and mixed and mastered by Nick Blagona. The first single from the album, “Let ’em See Your Strong” (written with WSM Radio host, Devon O’Day) reached beyond all demographics and boundaries, having been adopted by “Me2” and women’s empowerment groups around the world. New summertime single, a cover of the classic, “One Tin Soldier” is currently climbing country radio charts around the world, ahead of its official release.

ABOUT TIA MCGRAFF: Tia McGraff and Tommy Parham live in Port Rowan, Ontario Canada. Seven international CD releases, various film/tv placements, and numerous nominations and awards (including Americana CD of the year first round nomination for 2016 Grammy Awards), have earned Tia and Tommy a respect in the music industry, and a global fan base. The duo have a gift for ‘getting to the heart of the matter’ and writing relatable songs about life, love and this crazy world we live in. A gifted author, Tia’s children’s book, Jake The Road Dawg has helped raise funds and awareness for her local chapter of The Dolly Parton Imagination Library. 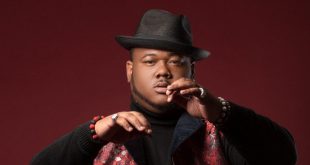 Hollis Jordan Steps Out Of Family’s Shadow With “Runaway”