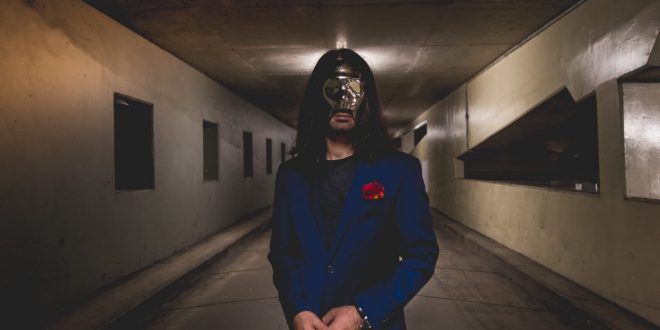 Tom Ugly Bio: Sydney based singer-songwriter, producer and recording artist Tom Ugly began to garner success in the music world in 2008 while still in high school, after he & his band became the Inaugural winners of the Unearthed “High” competition by triple j – Australia’s leading alt radio station on the Australian Broadcasting Corporation (ABC).

Bucking the system, Tom Ugly teamed with Billabong to create his debut self-titled EP as an alternative to the traditional music label. The EP peaked at #23 on the Australian ARIA singles charts and #3 on the AIR charts while remaining on both for 12 straight weeks. The first single, ‘Cult Romance’, went on to become one of the station’s most played songs of all time.

His highly independent ideals have come to create an intriguing blend of electronic-rock that has landed him opening slots with acts such as Sia, Groove Armada, Evermore and Simian Mobile Disco. Music festivals such as Days Like This and Pyramid Rock have also welcomed his billing, and he also headlined a live recorded show at The Apple Store in Sydney where he & his live bandmates blasted out hard-hitting drums, fuzzy synths & guitars at the store’s iconic high, glass ceilings and walls.

Get to know Tom with the latest edition of our Introducing series below!

A blend of naturalistic rock & electronic sounds of tomorrow.

2. How did you first get started in music?

Mostly from a basic instinct to play drums.

No one around me was musical but always enjoyed the sounds of Pink Floyd, Yes, Black Sabbath, Deep Purple, Led Zep around the house etc. I started a band called Pulse when I was 10 and traveled on a jazz band bus tour two years later with the rest of the members who were all 16-18 & I was their drummer.

There have been some personal favorites & highlights of mine, but would have to say the Triple J Unearthed-High show at my high school when I was 16, which let the whole school get away from class for a day and got national TV coverage on ABC.

4. What does it take for a band to stand out in a music environment such as Sydney?

I’ve noticed a lot of great local bands always end up breaking-up for personal reasons or the financial pressures of being a musician etc just as they’re doing so well. Aside from sometimes on stage, I guess that’s why I don’t mind being 1 of 1, even though it can make those things a bit more of a burden, it can also allow you to keep moving forward at your own pace and not stop – although my pace is sometimes a touch too slow.

5. What should people expect from your live performance when coming to see you perform?

It’s always something different at least, but I think any great show should be entertaining most importantly, and come from a place that’s real.

6. Do you write all your own songs? Ever collaborate with anyone on any?

Have always written my own songs, but enjoy collaborating too. Have got a studio session tonight on a new project & song and will just be writing the lyrics & singing on that one.

Can’t remember if it was Love Me Tender by Elvis Presley or Electric Lady Land by Jimi Hendrix, but it was one of those two.

Uff, too hard to say